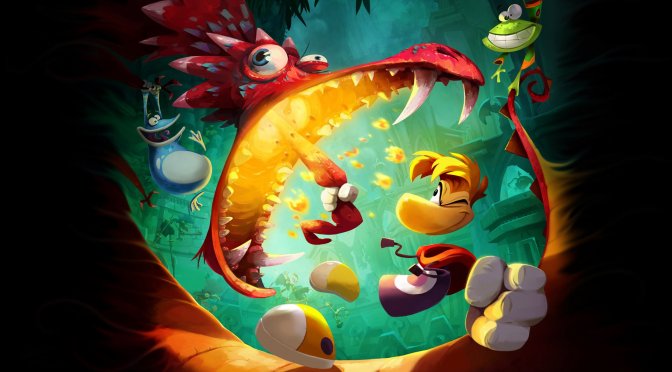 Epic Games has announced that Rayman Legends is available for free on the Epic Games Store. From today and until December 6th, PC gamers can visit EGS and acquire their free copy of the game. Naturally, you will be able to keep this game in your library for ever.

In Rayman Legends, up to four players can simultaneously make their way through various levels. Players can collect Lums by touching them, defeat enemies, or free captured Teensies. Collecting Teensies unlocks new worlds, which can be played in any order once they are available. Along with Rayman, Globox, and the Teensies returning as playable characters, players can now control new female character Barbara and her sisters, once they are rescued from certain stages.

Next week, Epic Games will be offering for free Jotun: Valhalla Edition. Jotun is a hand-drawn action-exploration game set in Norse mythology. In Jotun, you play Thora, a Viking warrior who died an inglorious death and must prove herself to the Gods to enter Valhalla. Impress the Gods.

You can get your free copy for Rayman Legends from here.