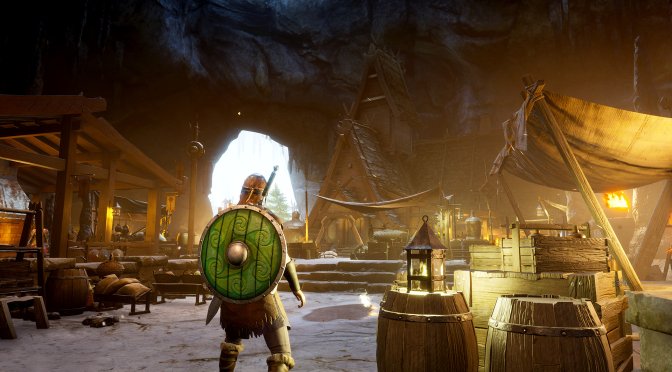 Systemic Reaction has just announced a new open-world action roguelite game, called Ravenbound. In order to celebrate this announcement, the team has also released a new trailer for it that you can find below.

In this game, players will face off with creatures from fantasy and folklore like Trolls, Hulders, and the undead Draugr. Armed with steel imbued with magic, you must engage in fast-paced close combat where tactics are everything. Furthermore, knowing when to dodge is just as important as when to attack.

As said, Ravenbound features roguelite elements. Thus, and once you die, you’ll have to start from the beginning.

According to the game’s description, survival depends on playing your cards right in Ravenbound’s deck building feature. Players can expand their deck when a Vessel (aka a player) falls, selecting cards for more powerful gear, weapons, and magic.