Following the successful closed beta phase of the monster hunting MMO RaiderZ, Gameforge takes a look back and digs up some fascinating data for statistics lovers. Additionally, the online game publisher announced that the open beta phase for RaiderZ will be starting on the 24th of October, adding new zones and hordes of new monsters for HunterZ to fight.

According to its press release, the world of Rendel has hosted a tremendous amount of adventurers this summer, and there willl be more joining during the open beta. Players created more than 70,000 characters and fought under the flags of 1,037 guilds in the great hunt.

As terrifying as they may be, the monsters of RaiderZ struggled to counter the onslaught of the armies of HunterZ, and at the last count 527,086 of them were missing in action. The colossal Veilnus alone was knocked down 100,031 times, proving that sometimes the life of a legendary beast is tough. Nothing was able to stop the onward march of players toward the beta level cap at 30, reached with panache by 72 dedicated individuals.

“The positive reception from players and critics has been amazing so far. With RaiderZ’s action-focused combat, incredible boss fights, and gorgeous visuals, we expect the title to offer a breath of fresh air to fans of the MMO genre. We’re excited to be able to finally announce when all players can experience RaiderZ for themselves.” 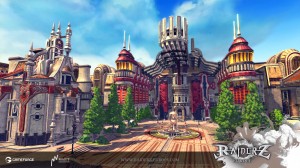 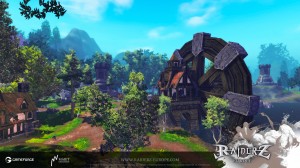 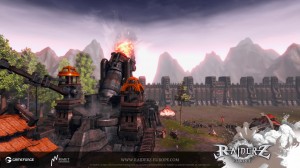