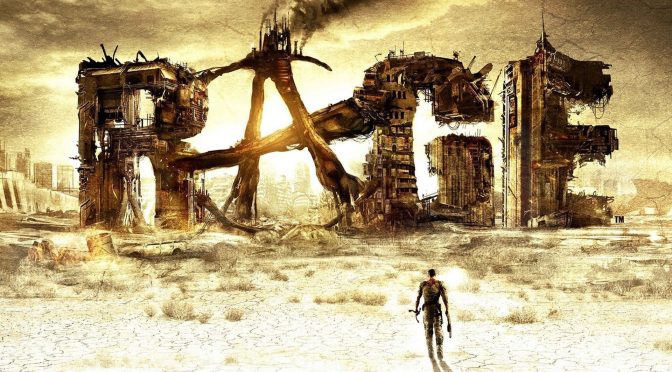 As we have already reported, Bethesda was gearing up for a RAGE 2 announcement today. And… well… the game’s official announcement trailer has been leaked online. This trailer confirms that the game is real, and that the Walmart listing was legit (at least for this particular title).

We expect Bethesda to reveal more details – and perhaps the game’s first screenshots – in a few hours so stay tuned for more. Until then, watch the leaked trailer (which does not show much). Our guess is that Bethesda may showcase some gameplay footage during its E3 2018 event.

UPDATE: Bethesda has revealed the full live-action announcement trailer, and announced that a gameplay trailer will be coming out tomorrow.
RAGE 2 – Announce Trailer