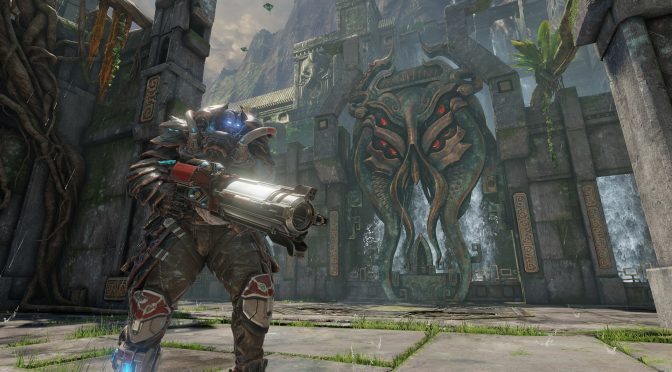 id Software’s Tim Willits revealed that Quake Champions will be a free-to-play title, though in order to gain access to all champions, players will have to purchase the Champions Pack. In its free-to-play version, gamers will be able to play as only one Champion, the Ranger.

But then we also understand that we want to get as many people into the game as possible, especially outside of North America and Western Europe, where we have a massive fan base. So we want to have the flexibility to have a free-to-play option for those people.”

All maps will be available to all players, whether they are playing the free-to-play version or not. In addition, all players will compete in the same brackets.

Furthermore, those that will be using the free-to-play version will be able to pay the in-game currency, called favor, to play other Champions for a finite period of time.