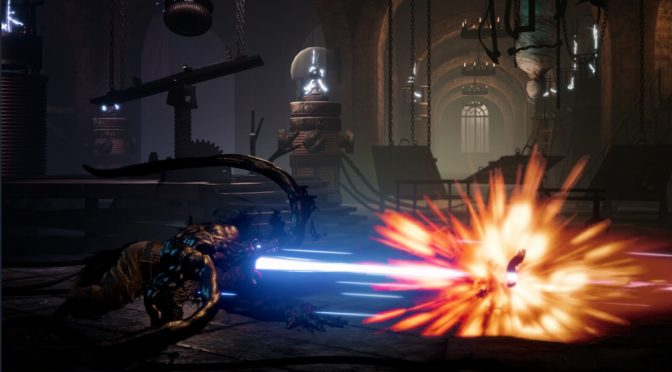 Following Journey, Heavy Rain, Beyond: Two Souls and Detroit Become Human, another PS4 exclusive game is finding its way on the PC. AOne Games and Epic Games have announced that Omen of Sorrow, a new 3D fighting game featuring 2D gameplay that is powered by Unreal Engine 4, will be coming to the PC via the Epic Games Store.

Omen of Sorrow is a four-button fighting game inspired by classical horror, fantasy and iconic myths and legends. Players will find themselves battling in various dangerous and gloomy places, such as a raging forest fire or a sinister castle. Omen of Sorrow features many legendary characters, such as the Dr. Frankenstein’s monster, Adam; the cursed werewolf Caleb, as well as the fearsome and mad Dr. Hyde All characters are connected by an intricate storyline full of internal struggles, spite and malice.

The game is currently available for pre-order on the Epic Games Store and below you can find its key features.