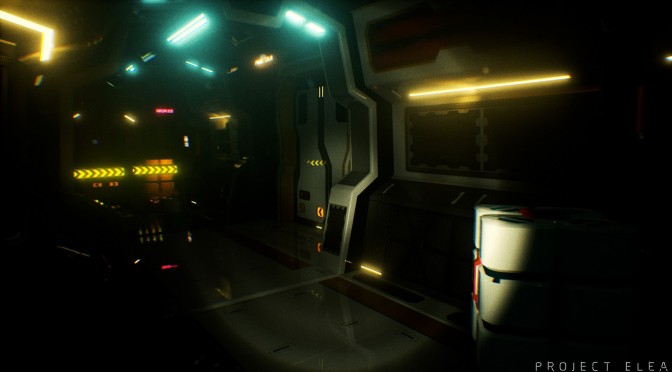 Kyodai today released the debut teaser of “Project Elea”, an interactive storytelling adventure inspired by the work of the classic 20th century sci-fi authors. Project Elea is using the powerful Unreal Engine 4, PBR materials for realistic lighting and will be played in a VR and non-VR surrounding environment.

Among other themes, the game narrative will examine human existence and identity in the context of interstellar travel and the wake of the omniscient A.I.

In Project Elea you take the role of Elea as she navigates the hallways, control rooms and ecosystems of Pilgrimage II, the ship set to colonize Solace, a yet unexplored Earth-like exoplanet.

“In order to save the ship and uncover the mystery behind the disappearance of pioneering mission Pilgrimage I 15 years ago, you’ll have to aid crippled Kazumi in fighting off an eccentric invasive intelligence that wants to take control, that has been waiting in the darkness of space, preparing…”

Here are the key features of Project Elea: