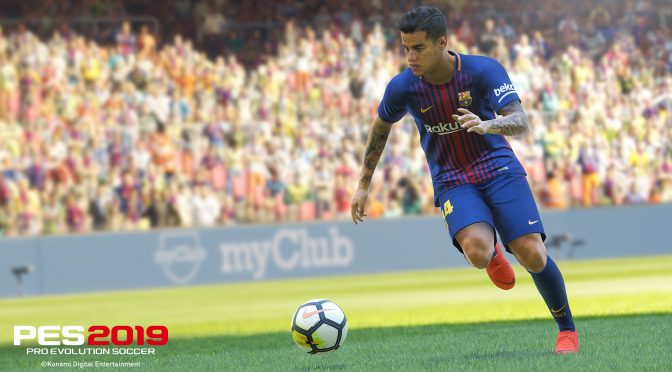 Konami has announced that Pro Evolution Soccer 2019 Lite will release on December 13th. According to the company, PES 2019 LITE offers unrestricted access to myClub mode, featuring a huge selection of current players, as well as world renowned legends like Beckham and Maradona.

Players will also be able to get your hands on all new Featured Players, whose abilities are influenced by their performance in the previous weekend’s fixtures. Furthermore, this year’s LITE edition will also include EDIT mode, meaning that players will be able to customize teams, players, stadiums and strips to add their own unique flavour to the world of football.

Now as Konami noted, Pro Evolution Soccer 2019 Lite will feature in-game purchases so we don’t know whether this is a “free to play” or “pay to win” game.

In order to celebrate this announcement, the company has also released a new trailer dedicated to the Lite version of PES2019 that you can find below!