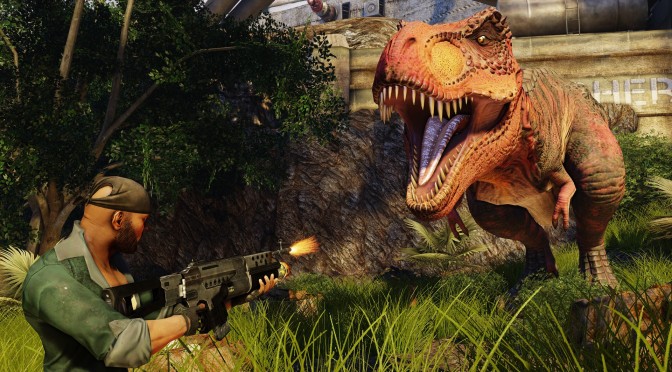 Primal Carnage: Extinction features 5 dinosaur classes and 9 total playable dinosaurs, and 5 mercenary classes with lots of weapons (each Mercenary has two weapons and one throwable to battle the dinosaurs with).

Do note that the game currently launches with one weapon available per slot, but as Circle 5 Studios noted more are on the way.

Primal Carnage: Extinction packs two game modes (Team Deathmatch and Get to the Chopper) and 13 maps.