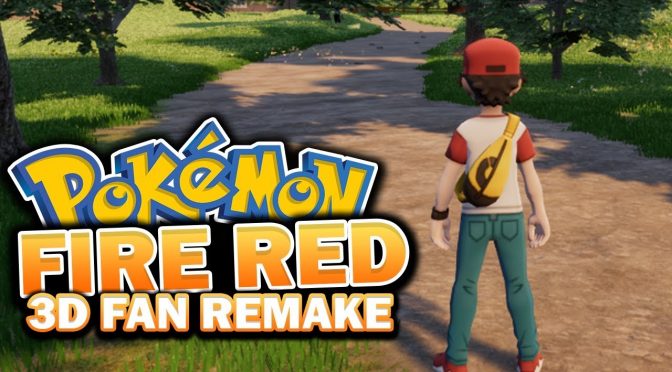 Back in 2017 we informed you about a fan remake of Pokemon Fire Red in Unreal Engine 4. It’s been over a year and a lot of people assumed that this fan game has been cancelled, however that’s not the case. Felipe Gouvea has been working on it this whole time and released some new videos that you can find below.

What’s really interesting here is that Nintendo has not shut down this project. Back in 2017, Felipe Gouvea offered a public demo and while it had a lot of issues, it was really cool playing a fan tech demo of Pokemon on the PC.

In case you weren’t aware of, Pokemon FireRed Version is a turn-based role-playing title in which the player controls the main character. The game uses an overhead perspective and was released on Game Boy Advance, however the fan remake moves the camera from the top-down perspective to third-person. Moreover, Felipe Gouvea has replaced the turn-based battles of the original with real-time battles.

Unfortunately, the links for the 2017 demo have been removed (mostly due to how the free web hosting sites work and not because Nintendo sent Gouvea a C&D letter).

Right now we don’t know when and if a newer demo will come out, however we are a bit optimistic as its creator has been working on this for a long time. Not only that, it appears that Gouvea will not put this fan game behind a paywall so we’ll be sure to share it as soon as we get our hands on it!