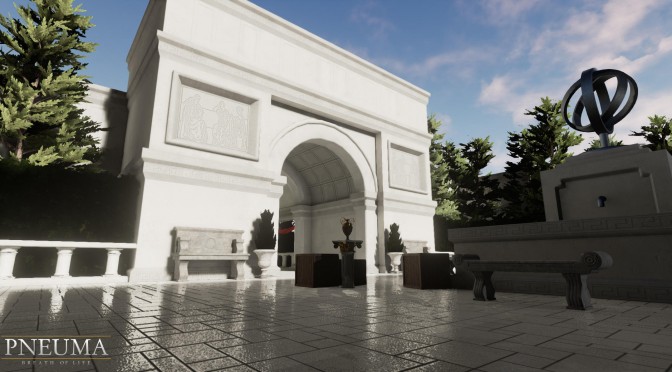 Deco Digital & Bevel Studios have launched a new pre-release trailer for ‘Pneuma: Breath of Life’ and have now unveiled that the much anticipated Steam release will be coming to PC with full Oculus Rift DK2 support on the February 27th.

As the press release reads, Pneuma: Breath of Life provides players with a relentless determination to solve every puzzle, progressing through a narrated story of self-discovery, exploring the fundamental nature of being.

Pneuma is a difficult puzzler designed to force players to think outside the box and explore beyond what they know as reality through the eyes of a god, voiced by award winning voice actor, Jay Britton.

Pneuma’s puzzles consist of environmental challenges that require perception, observation, and lateral thinking skills to succeed. The observation mechanic allows you to Lift bridges, rotate platforms and move entire rooms all with the power of your mind, which is enhanced even further with the Oculus Rift DK2 support in the Steam version.

“With the release so close now we can’t wait to see player’s reactions to the final game. Being able to say that we’re coming to Steam on the same day as Xbox One is very exciting for us as we want as many people as possible to be to experience the story of Pneuma. This new cinematic trailer gives a glimpse at Pneuma’s world which you’ll be able to experience in full 27th February 2015.”