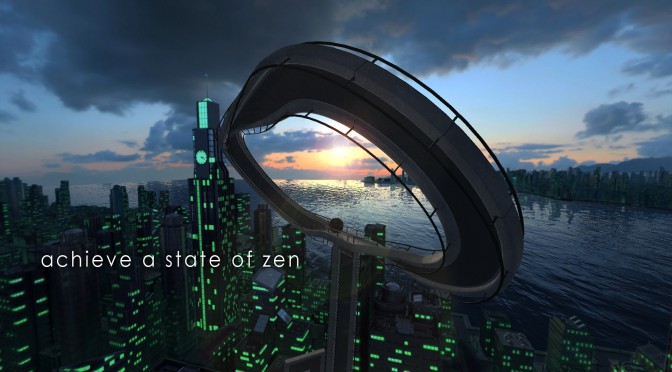 Luis Levy has informed us about the Kickstarter campaign of Momentum; a 3D labyrinth high above the ground through physics-driven platforming.

Created by Kelly Harper and Isaac Harper, Momentum is a physics-based platformer that allows players to manipulate 3D labyrinths through the use of gravity and momentum.

Momentum aims to balance challenging gameplay with a relaxing mood—thanks to a soothing, Zen-like electronic soundtrack. With “tracks” akin to a 3D rollercoaster and top-notch sphere animation/texturing, the goal is to race against the clock and maneuver a sphere to its destination—making use of gravity and momentum to navigate each course.

The development team is currently seeking a total of $11,5K and has 27 days in order to reach this goal.

Moreover, there is a demo that PC gamers can download and test before supporting this Kickstarter project.

“Momentum is a paradoxical game in many ways. It can be quite difficult, but never unfair. It requires a gamepad for precise control, but it’s on PC, Mac and Linux (at least for now). It challenges players, yet it leads to a feeling of inner peace. We can’t wait to read everyone’s impressions after they play the demo!”