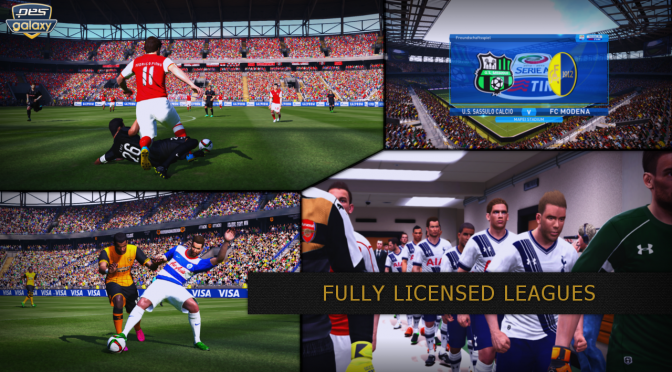 PESGalaxy has released the first public version of its mod for Pro Evolution Soccer 2016. This mod adds 561 new or updated faces, packs new Bootpack and Ballpack, and corrects a lot of coaches, teams, players and stadium names. 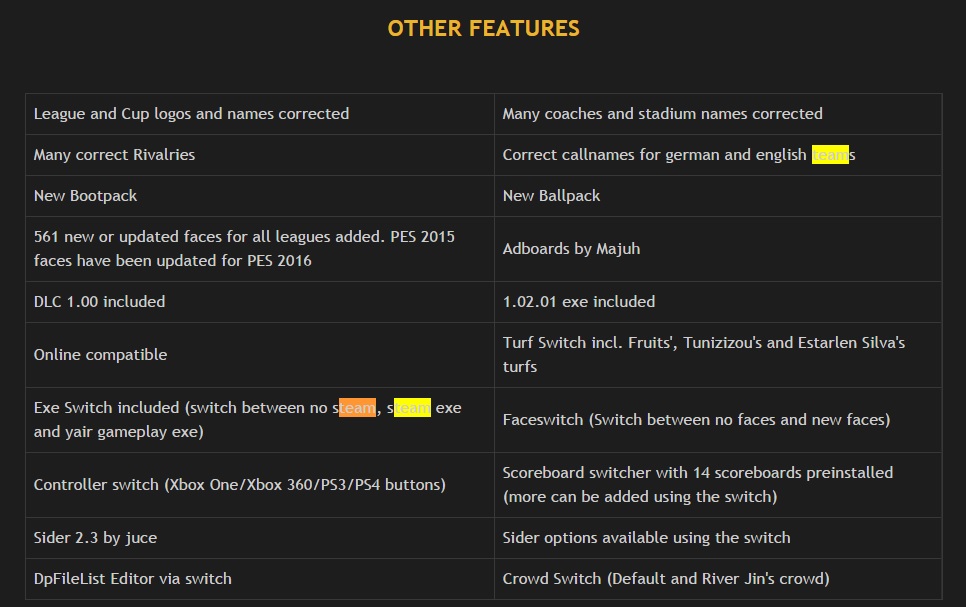 And if that wasn’t enough, this mod corrects/adds the Premier the team names, logos and kits for Premier League, Skybet Championship, Serie B, Sassuolo Calcio and Liga ZON Sagres.

In other words, this is a must have mod for all those enjoying Konami’s soccer title.