SuperData has released its worldwide digital video games stats for June 2017. According to the stats, the PC segment dropped 16% compared to last year’s June. As SuperData pointed out, this is mainly due to Overwatch’s incredible success back in 2016; a game that really boosted overall PC sales in 2016.

On the other hand, the Free-to-play MMO and pay-to-play MMO segments appear grew 5% and 6%, respectively. So yeah, while we all hate these categories, it appears that there is a huge market for them out there.

Furthermore, DOTA 2 continues to climb the Free-to-play MMO top 10 due to the crowd-funding activity toward the prize pool for their largest yearly tournament, “The International”.

It’s also worth noting that Tekken 7 made the top 10 console and PC lists at launch, selling well over 200,000 digital units across console and PC worldwide during its launch month.

Last but not least, here are the top 10 grossing title for all platforms! 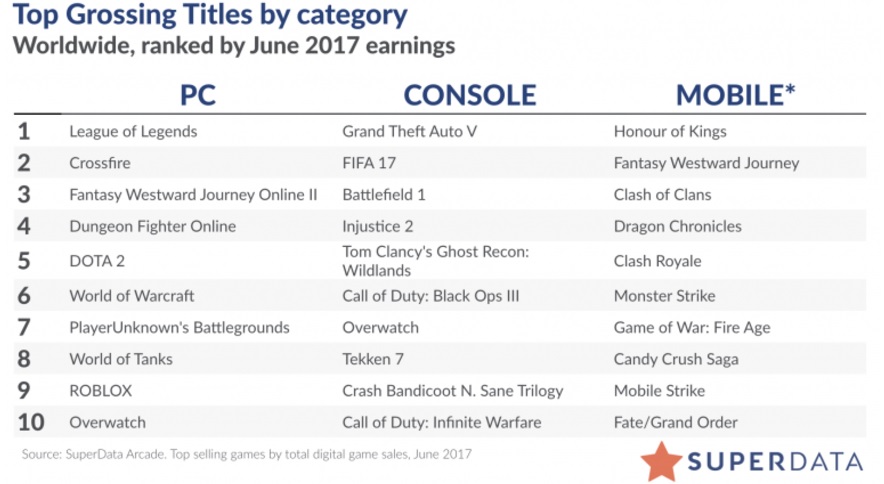