SuperData Arcade has shared its monthly report, claiming that the PC gaming market saw a 24% year-over-year growth in January 2018. According to the report, gamers spent $8.9B billion digitally on games across all platforms in January.

SuperData Arcade also reported that Tom Clancy’s Rainbow Six: Siege is coming back to life on both consoles and PC due to Ubisoft’s continued support of the game. PlayerUnknown’s Battlegrounds and Fortnite earned over $200 million in digital revenue from console and PC this month, and Fortnite hit record high engagement once again. Overwatch had over 15 million MAU playing on all platforms in January and its combined additional content revenue across both console and PC doubled year-over-year.

Last but not least, here are the world’s most popular digital games across PC, console and mobile. 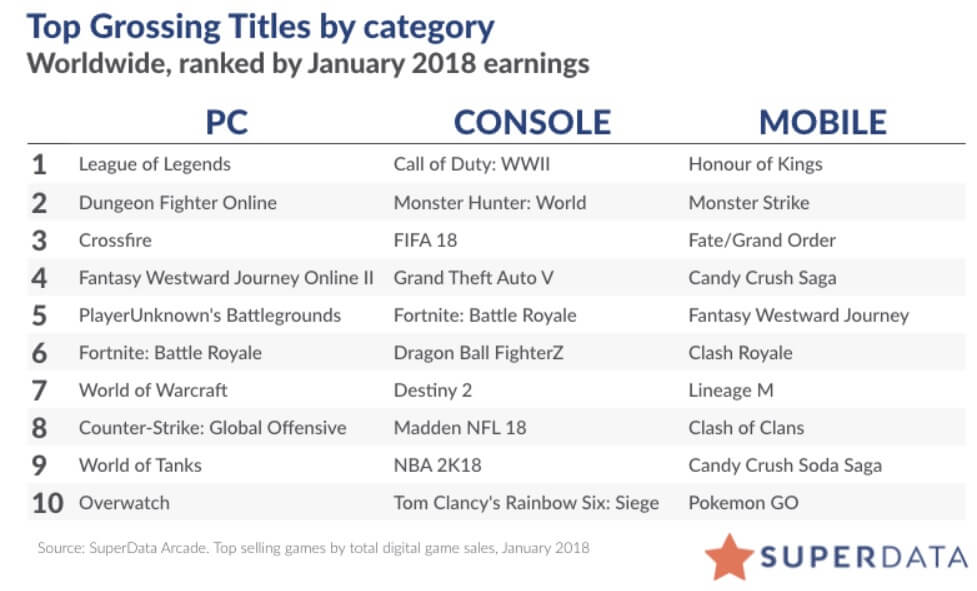