TheGreatSetup has shared with us some really interesting statistics about PC gaming and video-games in general. The team has spent 6 months gathering 500 essential data-points about video game industry for 2018.

According to the stats, 80% of the total video game industry’s 36 billion U.S dollars revenue in 2017 belongs to software sales and there are more than 2.5 billion video gamers from all over the world. Moreover, the video games market is expected to be worth over 90 billion U.S. dollars by 2020, from nearly 78.61 billion in 2017. 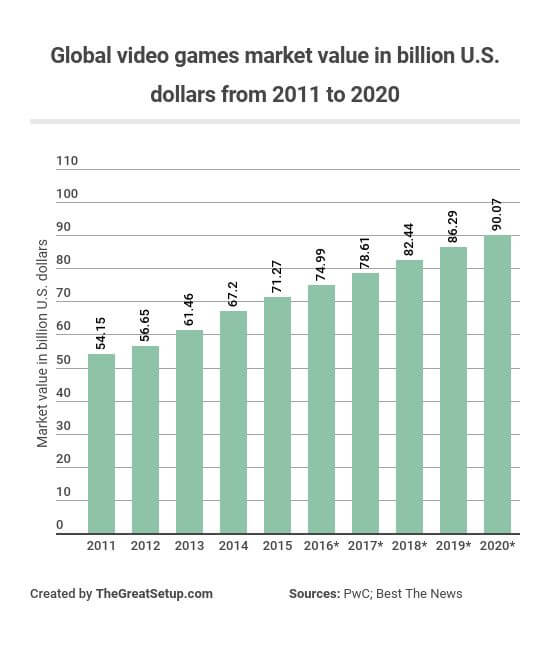 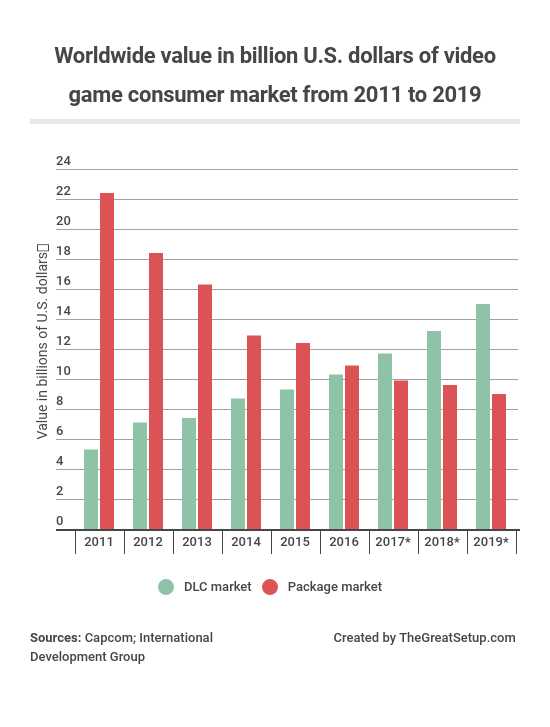 Regarding platforms, 40% of customers opt to play games on online/social platforms while only 29% prefer using console, 76% of customers prefer to play games on mobile devices and 62% prefer playing on PC/Mac. Furthermore, and while smartphones and tablets will be taking over the global games market, online PC games are expected to take up 47% of the global PC and console gaming revenues in 2019. 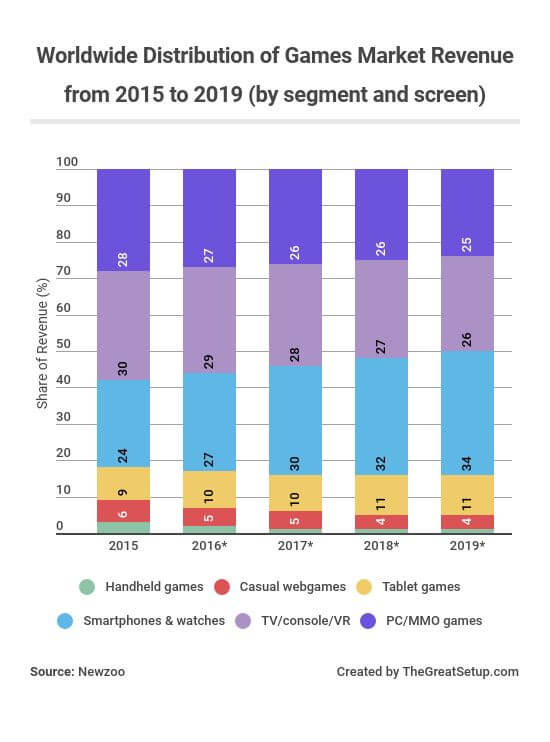 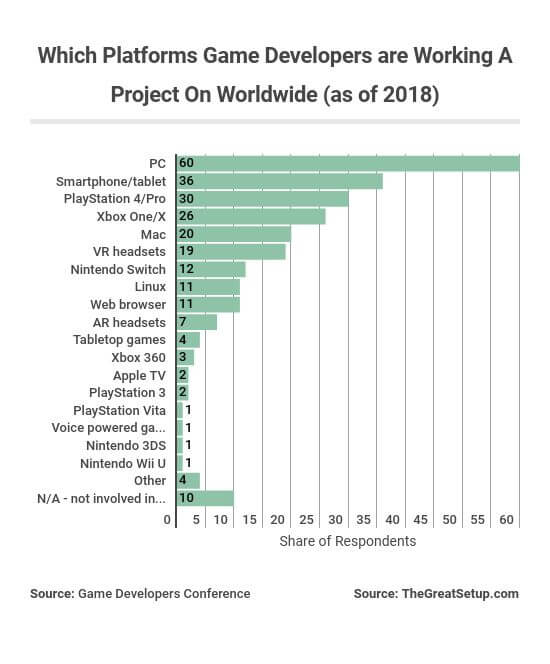 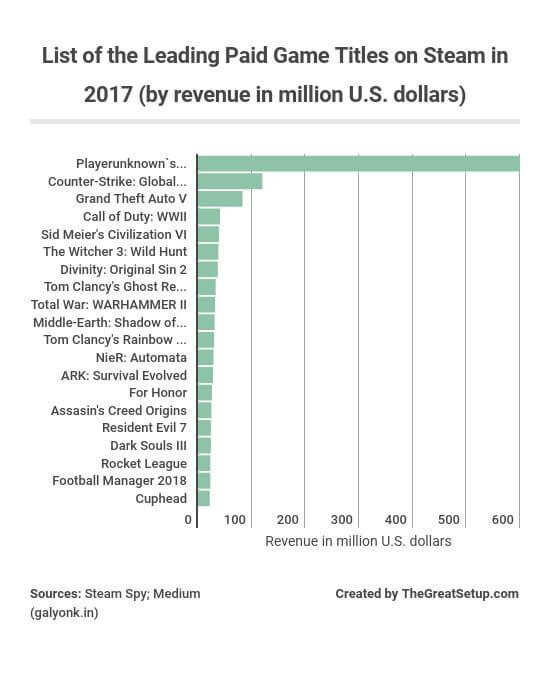 Last but not least, PUBG had 27.8 million units sold in 2017, making it the the highest paid game titles on Steam, DOTA 2 had an average of 532,000 players hourly on Steam, and League of Legends is the most popular core PC game worldwide as of March 2018, followed by PUBG and then Fortnite. 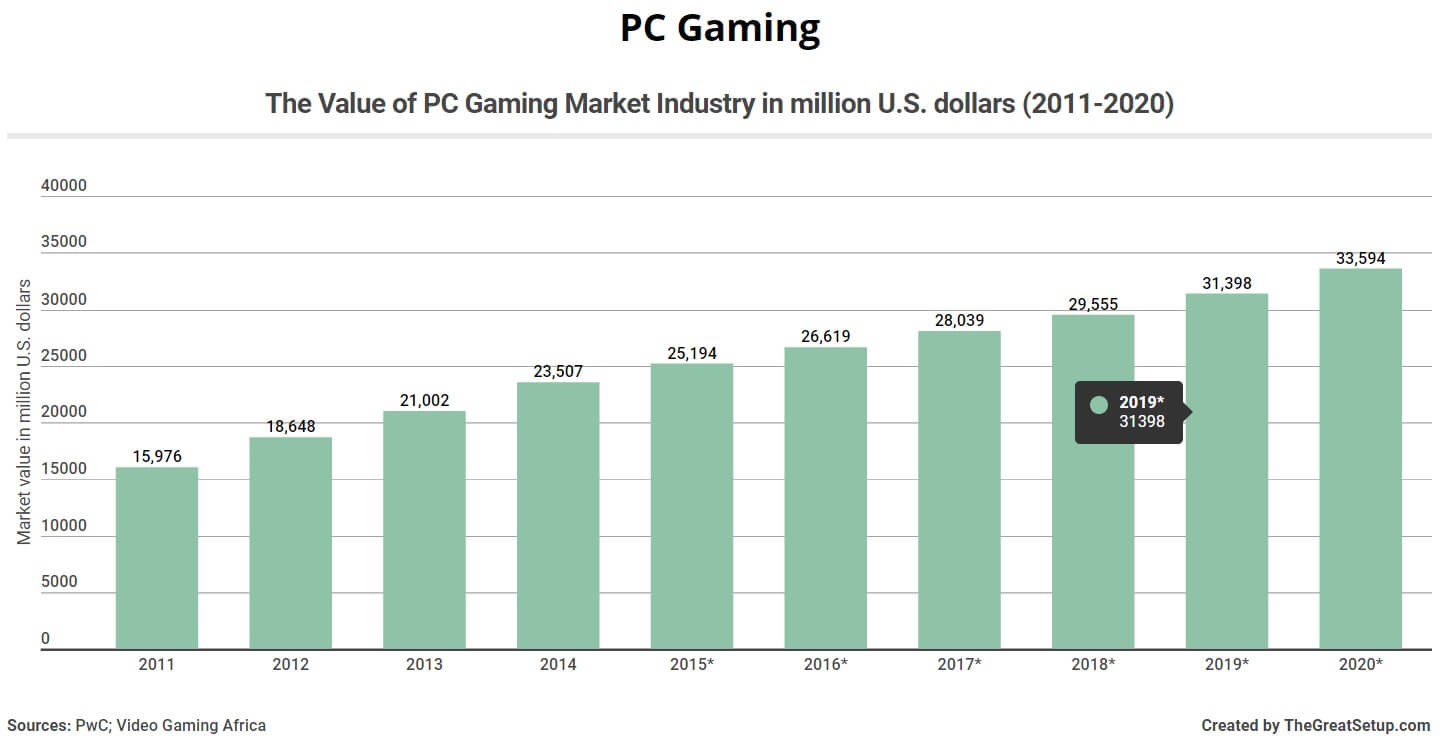