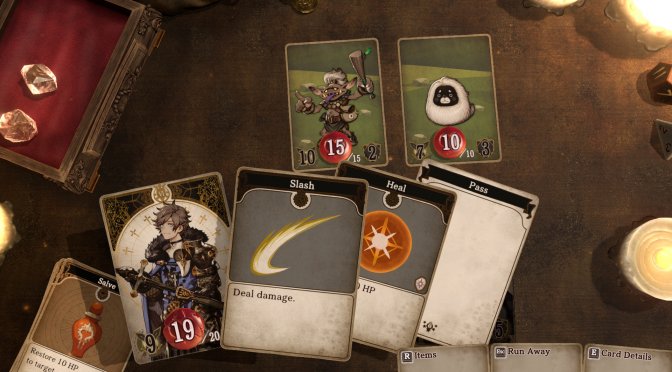 Square Enix has just released a PC demo for Yoko Taro’s upcoming card game, Voice of Cards: The Isle Dragon Roars. This demo features its prologue, revealing what happened on the day before the events of the game.

In Voice of Cards: The Isle Dragon Roars, players will venture through a story set long ago in a world shrouded in mystery. Set in a world of swords and sorcery, the game is told entirely through the medium of cards. Players will follow the protagonist as he sets off on a journey to defeat a recently reawakened Dragon. In your journey, Mar and Melanie will join you. Mar is a monster whereas Melanie is a black witch with a grudge against the Dragon.

Players will need to make choices throughout the story. Additionally, they will join in turn-based field and dungeon battles that unfold on a board, in the manner of traditional tabletop RPGs.