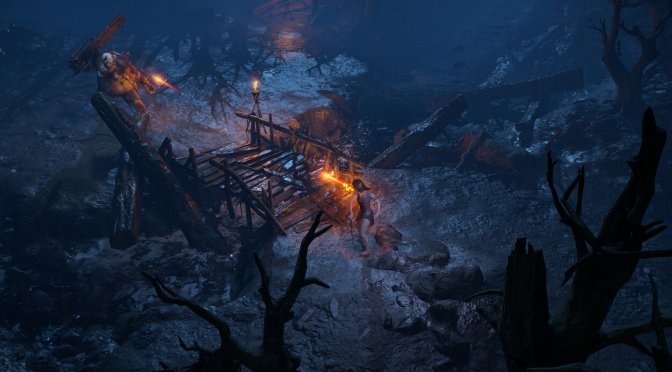 Grinding Gear Games has officially announced Path of Exile 2. However, will not be a separate/standalone game. Instead, Path of Exile 2 will overhaul the mechanics and engine of the base game, and introduce some new elements to it. Basically, think of it as a huge expansion that will also enhance the base game.

Path of Exile 2 is a new seven-act storyline that will be available alongside the original Path of Exile 1 campaign. Moreover, both the old and new storyline lead to the same shared Atlas endgame. Path of Exile 2 will retain all expansion content that Grinding Gear released for the first game. It will also introduce a new skill system, ascendancy classes, engine improvements and more.

According to the team, Path of Exile 2 will feature a massively improved engine for graphics & physics. Furthermore, the game will have 19 new ascendancy classes. These characters are a new set of Exiles who fall into the same class archetypes as those in the original game.

Unfortunately, there is no ETA on when the game will come out. Still, you can find below its first gameplay trailer (as well as its announcement trailer).