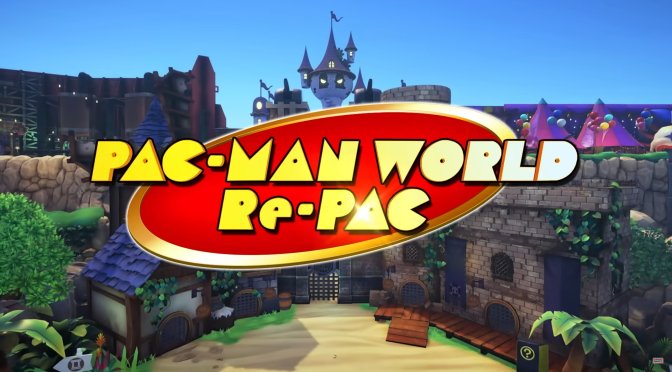 Bandai Namco has announced a remaster of the 3D platformer PAC-MAN WORLD, which will come out on PC on August 26th. In order to celebrate this announcement, the publisher also released the game’s debut trailer that you can find below.

In PAC-MAN WORLD Re-PAC, PAC-MAN arrives home on his birthday to find the Ghosts have kidnapped PAC-MAN’s family & friends and ruined his party. PAC-MAN must set out to adventure through the six areas of Ghost Island to rescue his family and friends, and face-off against the Ghosts’ boss, TOC-MAN.

According to Bandai, the game will have intuitive gameplay, enhanced features, and a shiny new look for PAC-MAN and the Ghosts.