SuperData Arcade has shared its monthly report, stating that Overwatch has surpassed $1 billion revenue thanks to its in-game micro-transactions. As such, Blizzard’s MOBA shooter became the 64th game on either console, PC or mobile to generate over $1 billion from in-game content alone.

Overwatch is also Activision Blizzard’s sixth IP to hit this mark, after World of Warcraft, Call of Duty, Destiny, Candy Crush and Hearthstone.

June 2019 was also Rainbow Six‘s best month for Monthly Active Users and sixth-best month for in-game spending on the back of the Operation Phantom Sight update, despite the title being well into its fourth year. Total in-game revenue rose to $36.8 million across console and PC in June, an increase of 50% from May and 9% from June of last year.

According to SuperData’s report, publishers are also experimenting more with steep discounts.

“As the free-to-play business model continues to take mindshare in the industry, publishers seem more open to significantly lowering unit prices for catalogue AAA franchises in order to expand the player base. EA’s Sims 4 and Take-Two’s NBA2K19, two franchises that benefit immensely from add-on content purchases, both saw huge spikes in unit sales after prices were brought down below $5.”

Last but not least, here are the world’s most popular digital games across PC, console and mobile for June 2019. 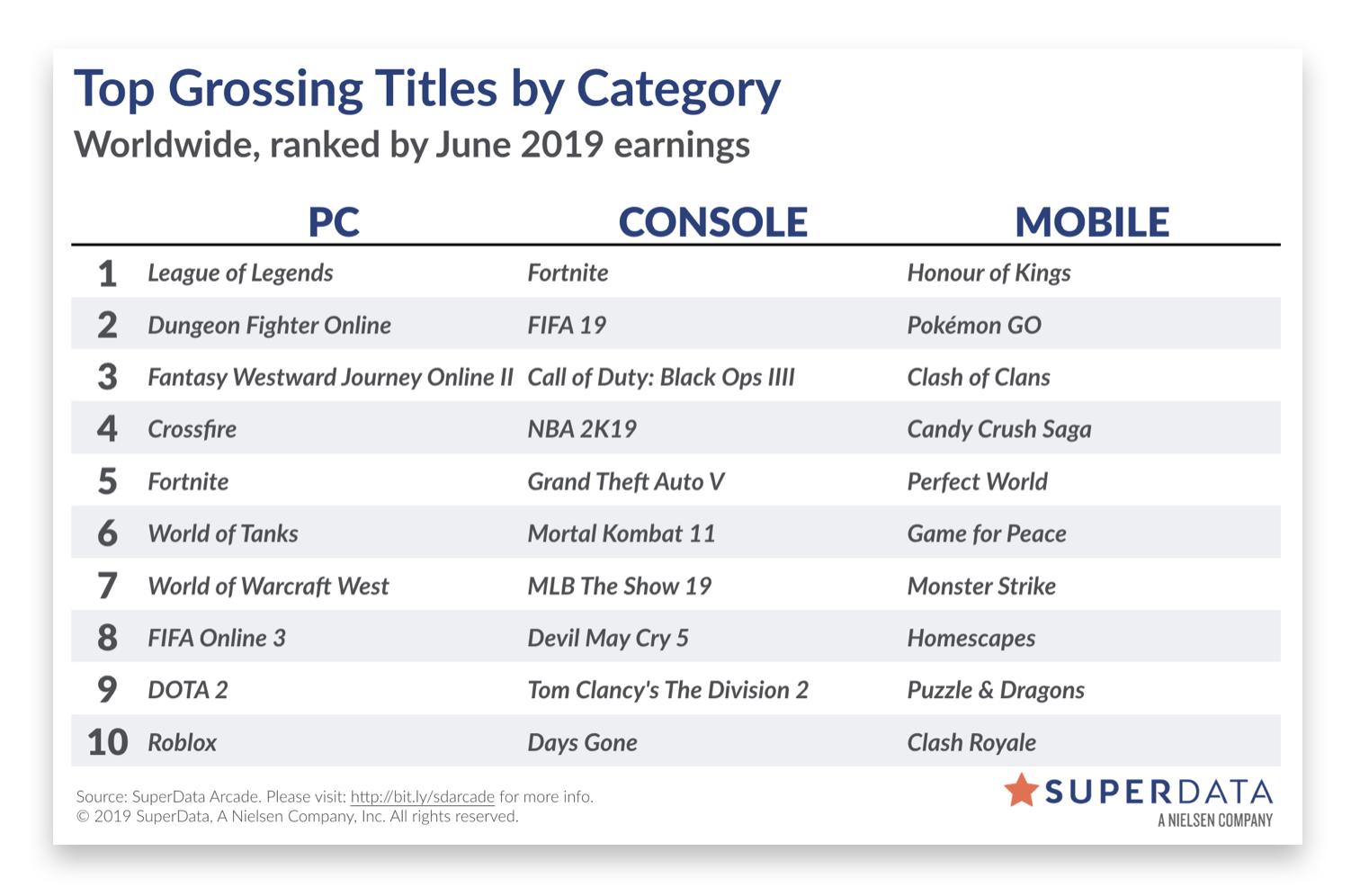