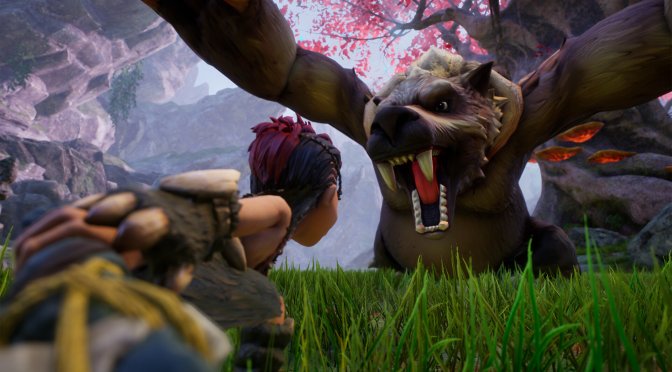 KAKU: Ancient Seal puts players in the role of a young primitive child, Kaku, who’s tasked with going on a journey across a sprawling continent.

“Accompanied by your pet pig, you’ll have to brave the four elemental regions – Flaming Mountain, Dragon Bone Desert, Misty Swamp, and Windy Snow Field – and conquer their lords if you’re to fulfill your destiny. Most importantly, you’ll have to find food, since your pig pal isn’t for eating.”

Players will gather their own weapons, from wood, stone, and metal swords and shields to slingshots and other ranged weaponry. Additionally, they will gain access to multiple costumes and acquire new abilities by defeating bosses and completing quests.

BINGOBELL plans to release a demo for this game on Steam on September 30th at 9PM PDT.

Enjoy its announcement trailer and stay tuned for more!