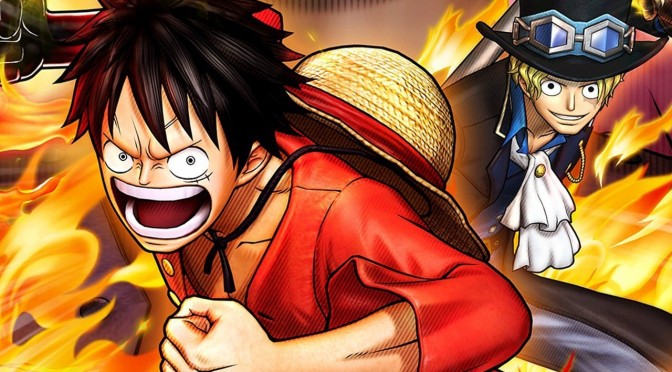 One Piece: Burning Blood is described as a dynamic and colorful new fighting game featuring the world’s most famous pirate: Monkey D. Luffy. Engage in massive brawls with Sabo, Ace, Bartolomeo, Ener, Crocodile and Bartolomeo, all featured in the “One Piece” Anime & Manga.

Once Piece: Burning Blood has several features that add a level of strategy to the fighting in the game. Players can create a team of 3 characters and swap them out in order to gain a tactical advantage. Certain characters can use special Logia Moves for unique abilities: allowing players to burn through their enemies or even move faster than lightning.

Logia Fruits also allow the use of Logia Guard: where some characters are untouchable by physical attacks for limited amount of time. However, the powerful Haki blow is a solid counter to this guard.