Iceberg Interactive and game developer UNIGINE, revealed today the official pack shot of the naval strategy game Oil Rush. The global war for oil in the flooded post-apocalyptic world of “Oil Rush” starts with the digital release on January 25th 2012. The boxed version is set for a release date of February 24th in the UK, Benelux and Scandinavia and in Germany on February 23rd 2012.

Oil Rush is a real-time naval strategy game that combines the strategic challenge of a classic RTS with the sheer fun of Tower Defence, while featuring state-of-the-art visuals. The game is based on group control: the player doesn’t have to micro-manage every unit but has control over all important aspects of tactics, strategy and economy. Capture, upgrade and defend floating production platforms and oil rigs. Discover new technologies and send groups of naval and air units into battle to capture enemy platforms and oil rigs.

Oil Rush promises to feature state-of-the-art visuals powered by the UNIGINE engine, dynamic and fun gameplay, 16 missions of single-player campaign offering variety of tactics and environments, 15 maps for multiplayer battles, each with multiple winning strategies, multi-player over LAN and Internet, and Mod SDK available via download. 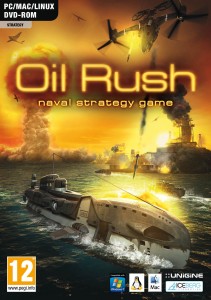 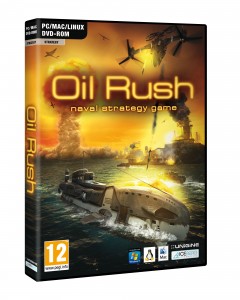