After the whole debate regarding its GeForce Partner Program, NVIDIA is doing again some ‘shady things.’ The Heise team has just leaked NVIDIA’s new non-disclosure agreement in which the green team clearly states that confidential information must be used solely for the benefit of NVIDIA.

And… well… needless to say that this is as anti-consumer and unethical as it can possibly be. Well done NVIDIA. We also don’t know whether this logic applies to those who receive early GPU samples (meaning that they should post positive opinions/previews when receiving new unreleased GPUs).

Those interested can view the whole NDA document below, courtesy of Heise. 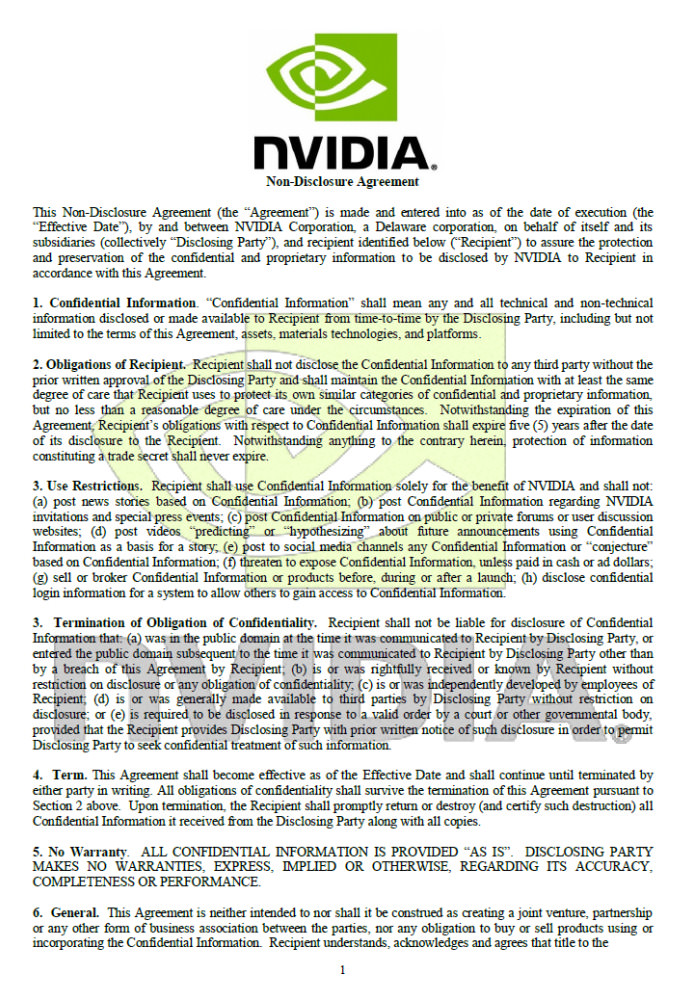 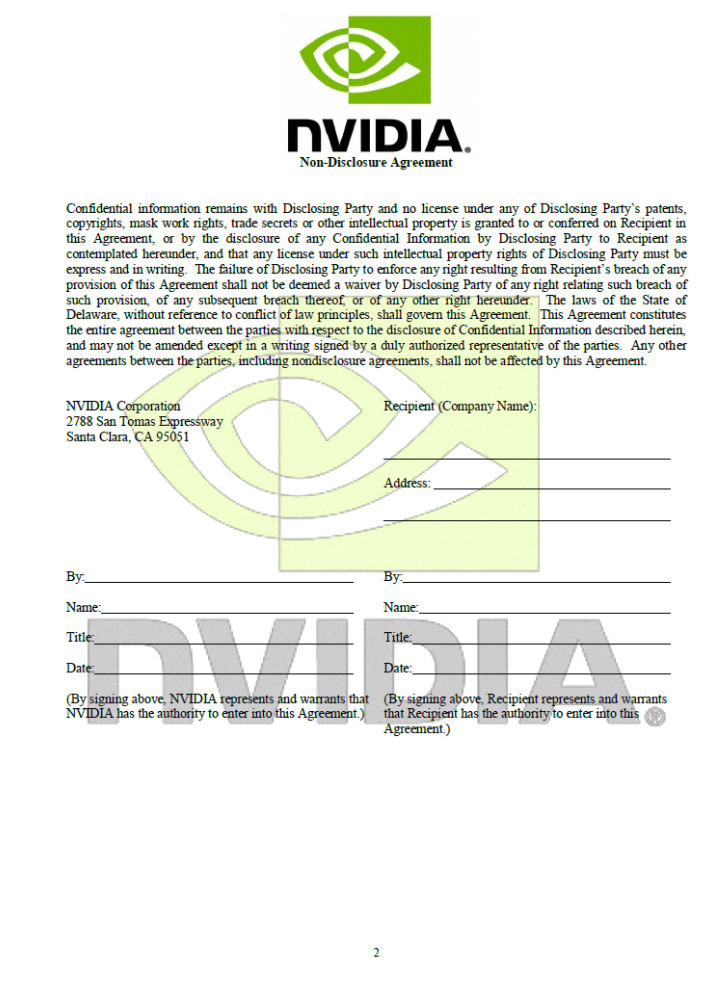