During its investor day, NVIDIA revealed some new and interesting information about its graphics cards. According to the green team, its Turing GPUs have sold 45% more than the Pascal GPUs in the first 8 weeks of desktop revenue.

This sounds really impressive, especially for products that were overpriced and were criticized by everyone, including us, for their ridiculous prices. Still, it appears that there was a market for these GPUs after all (otherwise the sales would had been lower than those of the Pascal GPUs). 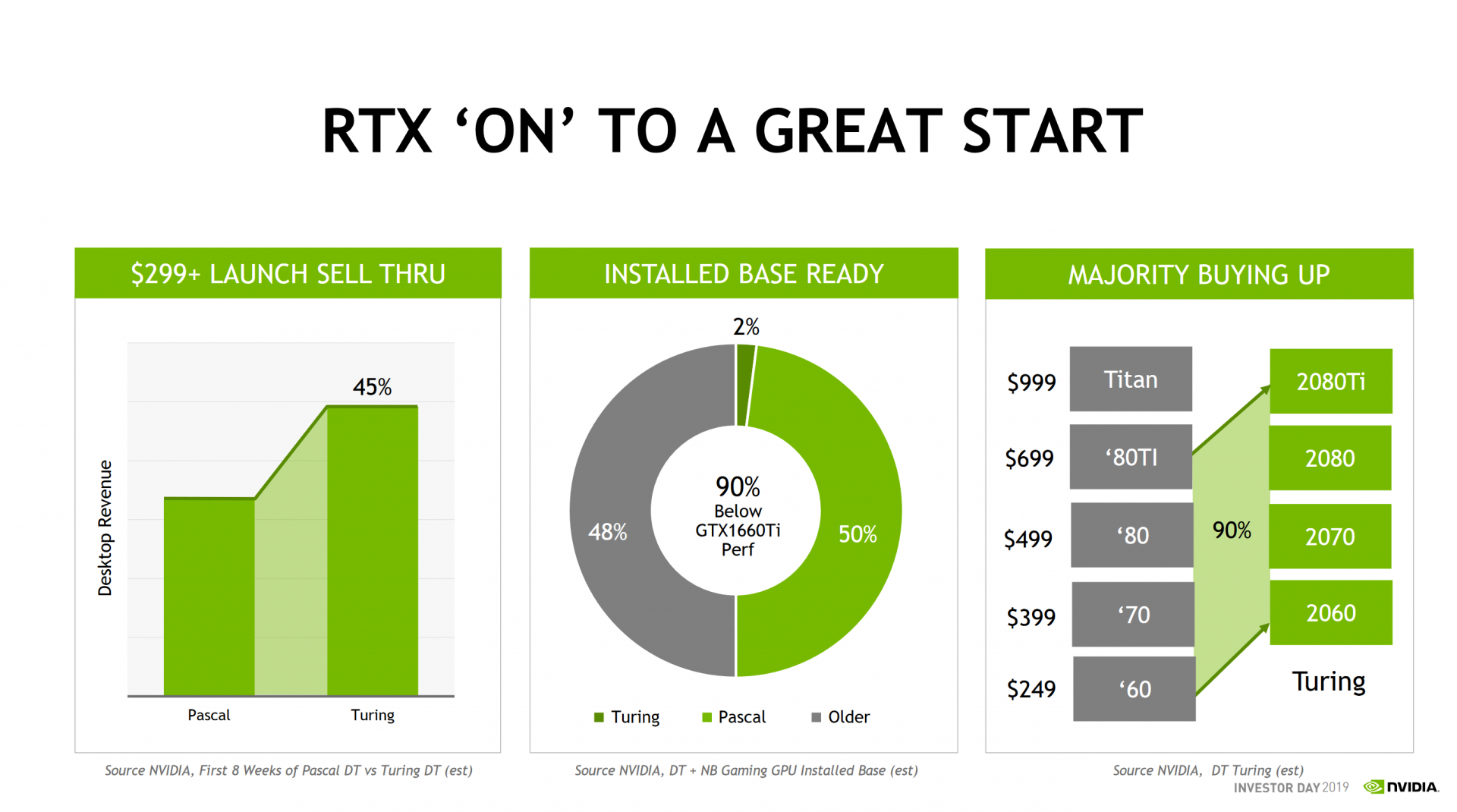 What’s even more interesting here, however, is that according to NVIDIA the 90% of its install base is below the NVIDIA GeForce GTX1660Ti performance level. Whether this was another reason for NVIDIA raising the prices for its latest GPUs remains a mystery, however someone could very well assume that those with high-end GPUs are a “niche crowd.”

According to the graphs, only 2% of NVIDIA’s install base has moved to the Turing GPUs, 50% still uses the Pascal GPUs and the other 48% is still using older graphics cards.

Kudos to our reader ‘Metal Messiah’ for bringing this to our attention!