Nvidia has just announced a new technology for PC gaming called G-SYNC. G-SYNC is basically a chip that will be implemented in new monitors from ASUS, Benq, Philips, ViewSonic are other partners, and aims to eliminate tearing, VSync stutter, and added input lag. In addition, the monitors powered by G-SYNC will offer better monitor performance, and the most popular models will be running at 144Hz.

Basically, think of the G-SYNC monitors as monitors with varied refresh rate. This basically means that with G-SYNC, the monitor begins a refresh cycle right after each frame is completely rendered on the GPU, and since the GPU renders with variable time, the refresh of the monitor has no fixed rate.

“This brings big benefits for gamers. First, since the GPU drives the timing of the refresh, the monitor is always in sync with the GPU. So, no more tearing. Second, the monitor update is in perfect harmony with the GPU at any FPS. So, no more stutters, because even as scene complexity is changing, the GPU and monitor remain in sync. Also, you get the same great response time that competitive gamers get by turning off V-SYNC.”

Nvidia invited in its Montreal event three 3D programming gurus that have never been to any place together in the past. John Carmack, Tim Sweeney and Johan Andersson talked about G-SYNC, claiming that it was really revolutionary.

Needless to say that we were all excited about their presence on that event. Heh, it would be interesting if someone would ask Johan about the differences between AMD and Nvidia, but let’s not get off-topic now. 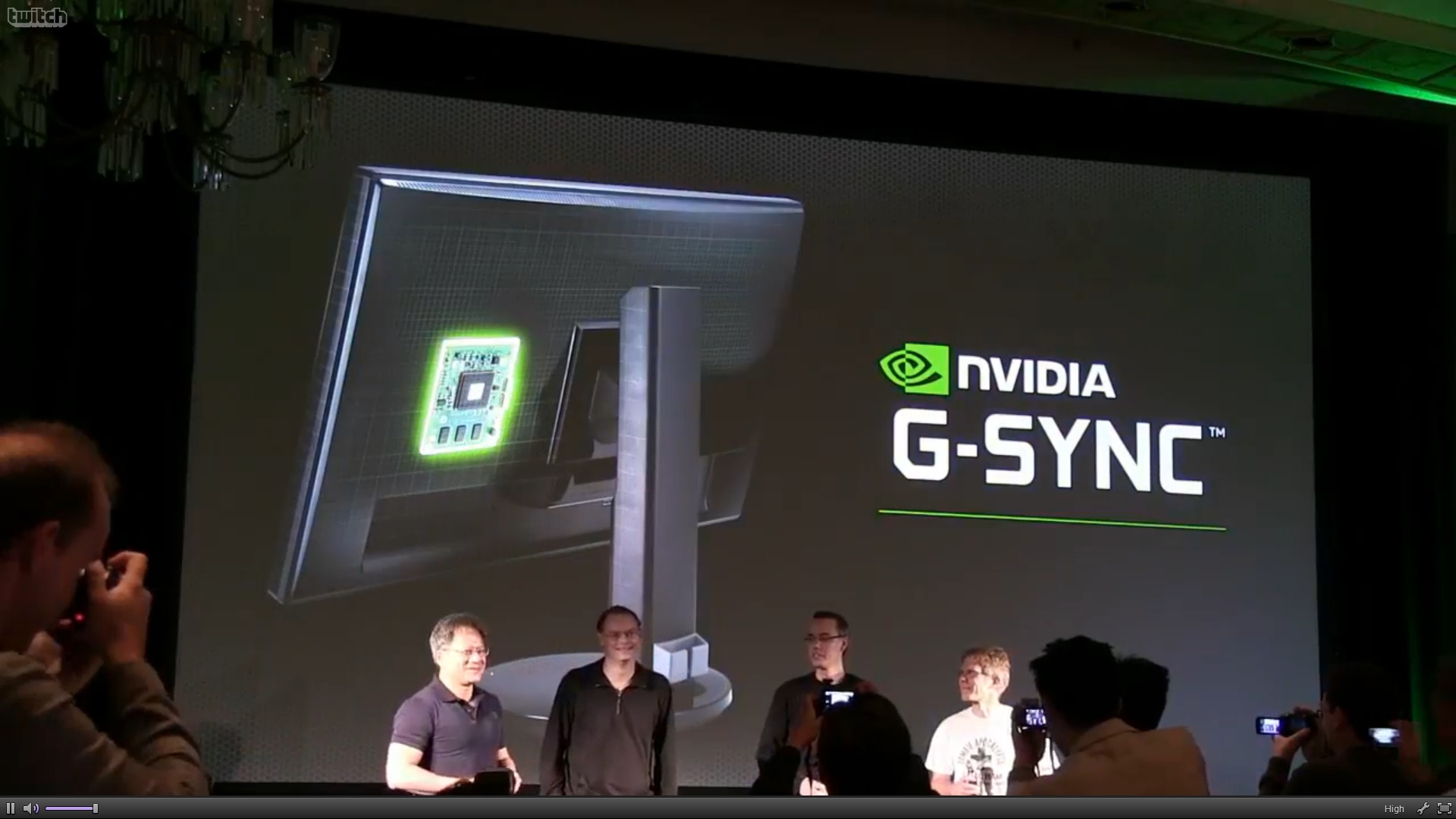 John, Tim and Johan talked a bit about G-SYNC and their thoughts about it. Surprisingly enough, this seems to be the next best thing for PC games, even though some of you may find it a bit… underwhelming to say the least.

Nvidia will hold a panel with John, Johan and Tim shortly, so we might get some new interesting things to share.

“If you care about gaming, G-SYNC is going to make a huge difference in the experience.”

“Once you play on a G-SYNC capable monitor, you’ll never go back.”

“Our games have never looked or played better. G-SYNC just blew me away!”

In related news, Nvidia has officially announced its upcoming high-end GPU that will be called Nvidia GTX 780Ti and will be released in mid-November.