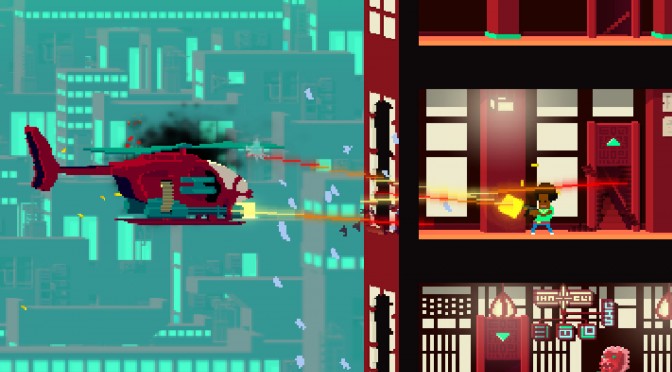 Roll7 and Devolver Digital announced today that the upcoming politically charged, cover-based shooter “Not a Hero” has undergone super-secret upgrades to crank that sh*t up to 60 frames per second. In addition, the teams revealed that the game will now launch on May 14th via Steam, GOG, and Humble, and have released a new trailer that can be viewed below.

As the press release reads, Not A Hero’s short but life-changing seven-day delay marks additional time for tweaking and testing the most recent tech update to the game, which brought the action from a dull and dreary 30fps to a pants tingling 60fps. It’s like the game is licking your eyeballs now.