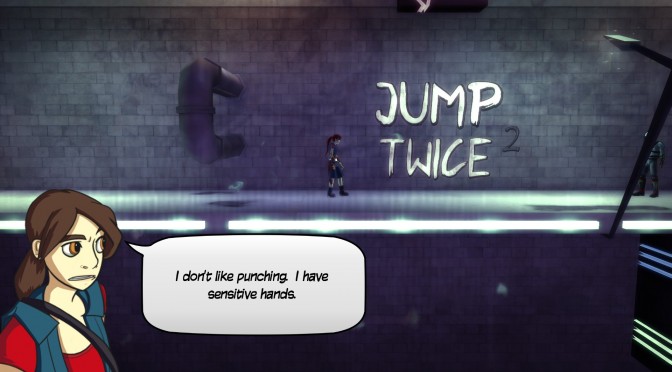 In Fantastic Jack, players see the world through the eyes of Jack, a typical teen whose reality blends into fantasy while escaping from schoolyard bullies. Through the course of the game humdrum suburbs and cities transform into icy environs, lush jungles and more-whatever strikes Jack’s fanciful fantasy.

“Adolescence wasn’t always easy for me, but it was easier to confront my fears and my peers by changing my perspective and escaping into my imagination. When we realized that our friends Nicole and Jason were working on a game about bullying too, I thought it was a fantastic opportunity to team up to bring these stories to the forefront and effect positive change.”

Ninja Pizza Girl’s Kickstarter nears its end and aims to raise $10K during its last few days in order to hit its initial $35K goal.