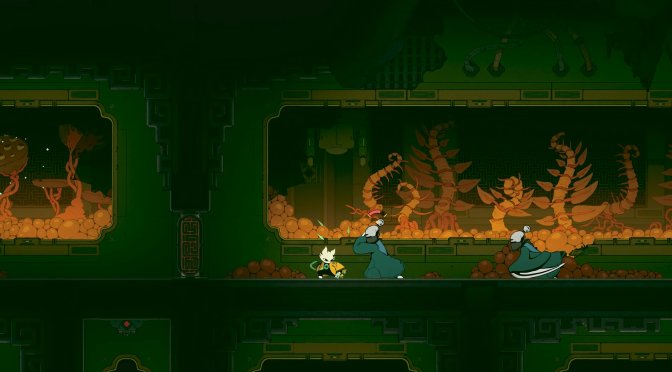 The game promises to feature meticulous hand-crafted, anime-style landscapes and sprite-based animations. Additionally, it will come with manga-inspired cutscenes.

As the devs noted:

“Every frame is carefully drawn in a traditional style and we have taken great pains to create the most eye-catching fluid animations.”

During the course of the game, players will follow Yi on his vengeful quest against the 9 Sols; the formidable rulers of the game’s forsaken realm. Players will explore a dark fantasy world where every path is fraught with danger, and unravel the mysteries of an ancient alien race as you learn about the fate of mankind.

Red Candle Games aims to release this game in Q2 2023.