NieR: Automata is a highly anticipated game that will be released on the PC on March 17th. However, we have some bad news for all those boycotting games that are using the Denuvo anti-tamper tech. NieR: Automata will be using Denuvo.

Although the game’s Steam store page does not mention it, its EULA makes it perfectly clear that it will be using the Denuvo anti-tamper tech.

According to the game’s EULA: 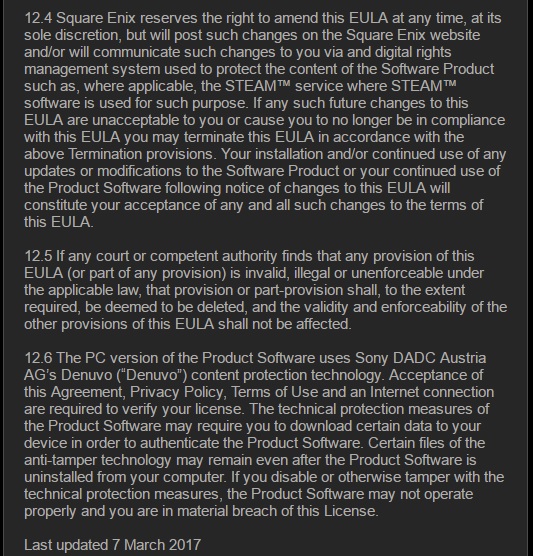