Nightdive Studios has released three new screenshots for System Shock Remake. Unfortunately, these screenshots are low-res and it will be difficult to distinguish some of their details. Still, I believe that some System Shock fans will find them interesting.

Nightdive Studios has also announced that the game is currently in full production. While there is currently no ETA, it’s good knowing that its team is fully working on it.

System Shock will be a proper remake/remaster of the first System Shock game. Instead of remaking and altering its gameplay mechanics, Nightdive Studios will offer players what they’ve always wanted; a high quality game that adheres closely to the vision of the original System Shock.

System Shock Remake will be using Unreal Engine 4 instead of the Unity Engine, and we are really looking forward to it. 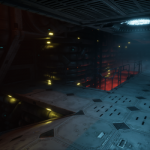 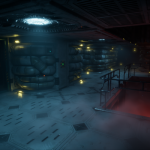