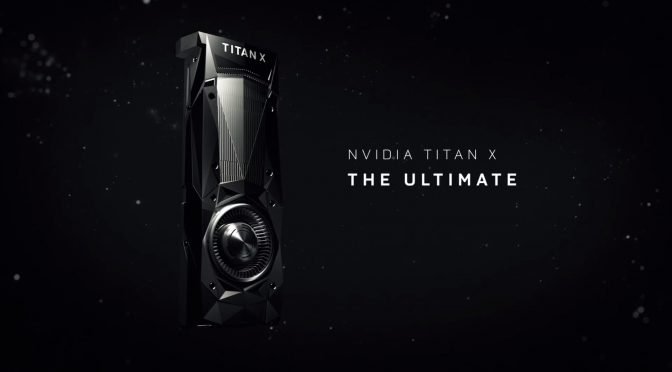 NVIDIA has announced a new Titan X graphics card that will be based on the Pascal architecture. The new NVIDIA Titan X features 3584 CUDA cores and its core will be clocked at 1.42GHz (with a boost clock at 1.53GHz). The GPU will come with 12GB of GDDR5X VRAM, and will offer 480GB/s memory bandwidth.

The NVIDIA Titan X will feature 12 billion transistors and will sport 11 TFLOPS. The GPU will require one eight-pin and one six-pin PCI-E power connectors, and will come with 3x DisplayPort, HDMI 2.0b and a dual-link DVI port.

This new NVIDIA Titan X GPU will be priced at $1200 and is schedule for release on August 2nd.