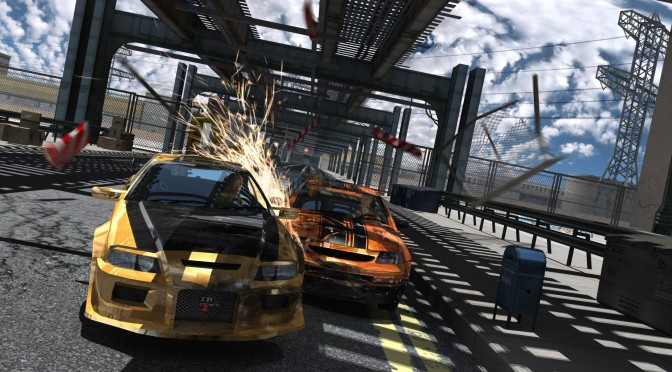 Strategy First announced today the development of an all new FlatOut racing game expected for release in 2016. Kylotonn Entertainment has developed a high profile in the racing and destruction racing genre and is currently handling this new FlatOut game.

As the press release reads, Strategy First is confident that Kylotonn Entertainment will deliver the FlatOut experience that fans have been waiting for.

The All new FlatOut will be the most ambitious title in the franchise’s history. For that to happen, Strategy First and Kylotonn have invited the online community to get involved in the creative process. Over the course of the next few weeks and months, Strategy First and Kylotonn Entertainment will announce a variety of ways in which the online community may help shape the all new FlatOut game.

“FlatOut is our most important franchise. There is a strong vocal community that have numerous constructive ideas and suggestions on what they would like to experience in an all new FlatOut. We would like to invite anyone who is a fan of FlatOut to be part of the process. We are excited about our partnership with Kylotonn Entertainment.“

“Strategy First and Kylotonn will create an exciting FlatOut experience. The online game community will still have everything that originally made FlatOut such a great title. While at the same time we here at Kylotonn will introduce and create new experiences and moments that we think people will love.“

Ongoing information on the all new FlatOut will be made available soon.