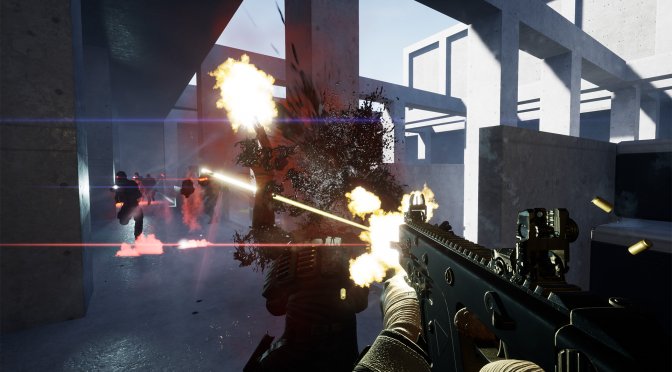 Trepang Studios has released a brand new free demo for its upcoming FEAR-inspired indie FPS, Trepang2. This demo allows you to experience the game’s story prologue and fight through a 30+ wave horde mode.

Trepang2 is an indie first-person shooter that is powered by Unreal Engine 4 and is heavily inspired by the first FEAR game (gameplay-wise). Moreover, the game promises to pack an AI that will be better than what most modern-day shooters feature.

Trepang2 also promises to feature an immersive single player experience with brutal, fast paced close quarters gunfights. The game will come with chaotic shootouts involving multiple factions, and players will be able to go invisible to flank and sneak up on enemies.

In order to showcase this demo, Trepang Studios has also released a new gameplay trailer that you can find below.

Last but not least, you can download the demo from here. Also note that the demo is not compatible with Avast as the anti-virus program deletes game files and causes crashes. I