Some pretty interesting details about Assassin’s Creed 3 got revealed today. First and foremost, Ubisoft wants to create Assassin’s Creed 3.5 and not just 3.0. That’s exactly what Ubisoft’s Creative Director Alex Hutchinson said while unveiling the game to the press. Bold words and we’ve definitely heard them before, so it will be interesting to see whether or not Ubisoft can live up to them.

Ubisoft will try to make Desmond more of a hero this time around and we will make it more fun to play with him. So yeah, we are definitely looking forward to see what Ubisoft has in store for us. Let’s hope that it will push the story forward.

Assassin’s Creed 3 will also feature hunting, a feature that was also included in Red Dead Redemption. Although we don’t have a lot of details about this hunting system, we do know that animals can be skinned for rewards.

As we already know, the protagonist of this new Assassin’s Creed game is called Connor and he’ll have at his disposal lots of weapons. A dagger and tomahawk are a given for close-range combat, while a brace of pistols offer a medium-range but noisy option. Naturally, you will also gain access to the bow and arrows that were teased in both the trailer and the released screenshots.

Assassin’s Creed 3 is currently slated for an October 31st release on current generation consoles and PC and will be powered by the AnvilNext game engine. 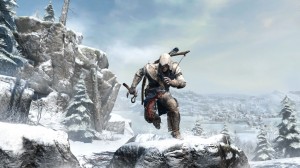 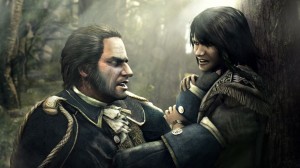