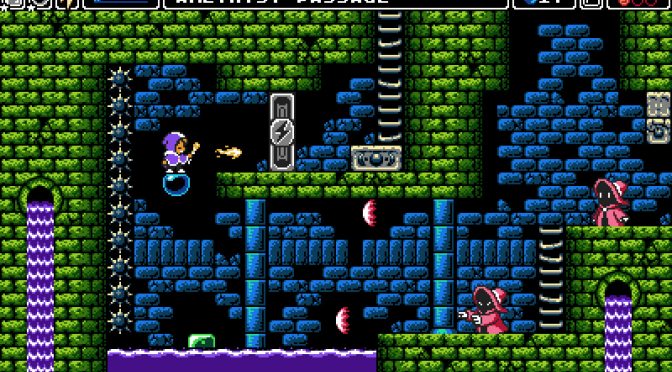 Elden Pixel has announced that Alwa’s Awakening is available now through Steam for Windows, OSX and Linux. In order to celebrate this announcement, Elden Pixel released the game’s launch trailer that can be viewed below.

According to the press release, Alwa’s Awakening provides the charm and challenge of the 8-bit era near and dear to the hearts of even the most hardened of video game veterans.

Alwa’s Awakening boasts an impressive interconnected world where players will guide Zoe through puzzles, beat enemies and face off against powerful bosses.

Here are the key features of Alwa’s Awakening: