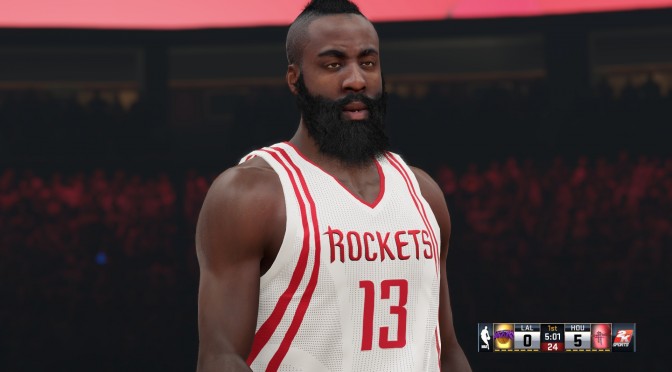 2K Games has released the first update for the PC version of NBA 2K15. According to the release notes, this update made a number of stability fixes to improve the quality of the MyPARK experience, and online as a whole. In addition, it comes with various fixes that most PC gamers will welcome. As always, this update will be auto-downloaded from Steam and you can view its complete changelog below.

-Made a number of stability fixes to improve the quality of the MyPARK experience, and online as a whole.
-Controller/Keyboard bindings will now properly function in MyPARK.
-Addressed an issue where the game would experience frame rate stuttering in certain situations.
-The correct animation will now be shown in Edit Player when scrolling through the available list of animations.
-Fixed an issue where the user who invited would sometimes hang at the conclusion of a playoff game in Online Leagues.
-Fixed an issue where some users were experiencing hangs when attempting to create/join an Online League with a custom roster.
-Addressed an issue in MyGM/MyLEAGUE where, in certain cases, the game would not allow the user to exceed 13 players during the free agency period of the offseason.
-The keyboard should now properly detect input game-wide when a controller is also being used simultaneously.
-Fixed an issue where in-game models would appear green/yellow on certain GPUs.
-Fixed a rare hang that would occur when changing the in-game language from the Options menu.
-Corrected an issue where black ‘blobs’ would appear in replay on certain system configurations.
-Fixed a rare occurrence where Doris Burke would warp off the screen prior to an on-court interview with a player/coach.
-Users are now able to re-watch 2KTV episodes that have already been watched to completion.
-Added support for users attempting to play with a GeForce 320M GPU.