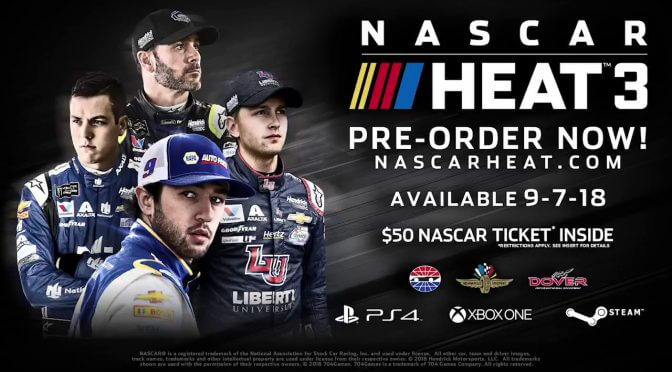 The Xtreme Dirt Tour in NASCAR Heat 3 will allow players to compete across eight new dirt tracks. After finding small town success, players will experience authentic NASCAR racing as they build a career in the NASCAR Camping World Truck Series, NASCAR Xfinity Series, and Monster Energy NASCAR Cup Series alongside the biggest names in motorsports. Players will also be able to manage their own race teams as team owners in NASCAR Heat 3.