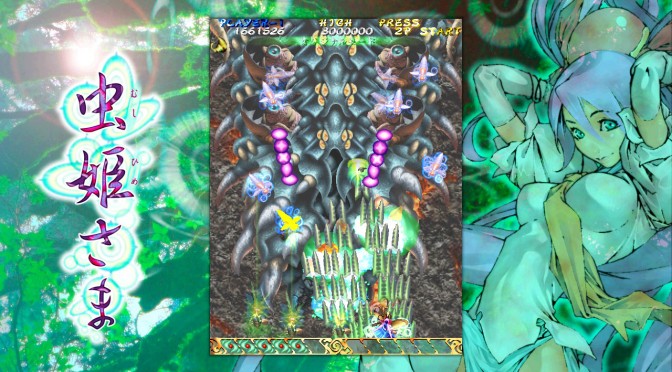 Cave and Degica announced that Mushihimesama (Bug Princess) will be launching on November 5th for Windows. Mushihimesama is described as one of the most critically acclaimed bullet hell shmups and is considered to be one of the hardest games ever made, second perhaps only to its sequel.

Mushihime Sama (“Bug Princess” in English) is a vertical shooting game set in a beautiful fantasy world. Huge insect-like creatures called Koju roam the forest outside the village of Hoshifuri.