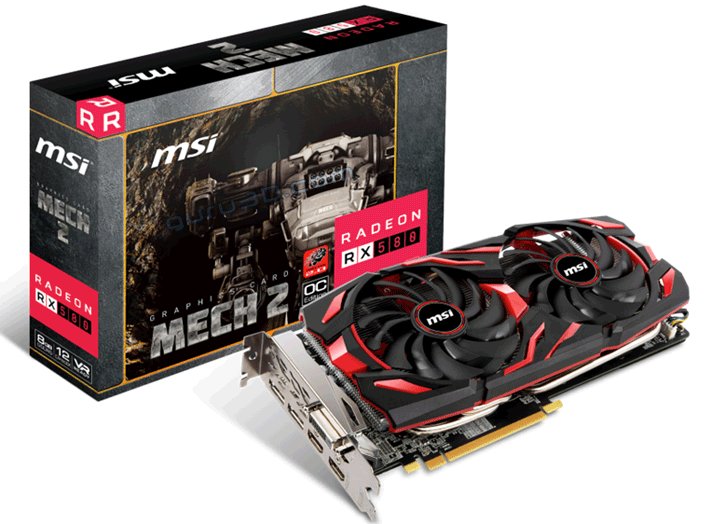 As MSI stated, the MECH series coolers are intensified by a fiery red glow piercing through the cover, while the MSI dragon RGB LED on the top can be set to any of 16.7 million colors to match your build. Furthermore, a completely custom PCB design featuring enhanced power design with Military Class 4 components promises to enable higher stable performance to push your graphics card to the max.

“AMD Radeon has always been committed to the best interest of gamers: a dedication to open innovation such as our contributions to the DirectX and Vulkan APIs, a commitment to true transparency through industry standards like Radeon FreeSync technology, and a desire to expand the PC gaming ecosystem by enabling developers everywhere. It is these values that result in a thriving PC gaming community, and explain why so many gamers continue to rally behind the AMD Radeon brand.”

These new AMD GPUs will come with the TORX Fan 2.0; an enhanced version of the patented MSI TORX Fan technology which generates 22% more air pressure for better cooling performance while further reducing noise levels. Moreover, these cards will come bundled with the MSI Gaming App.