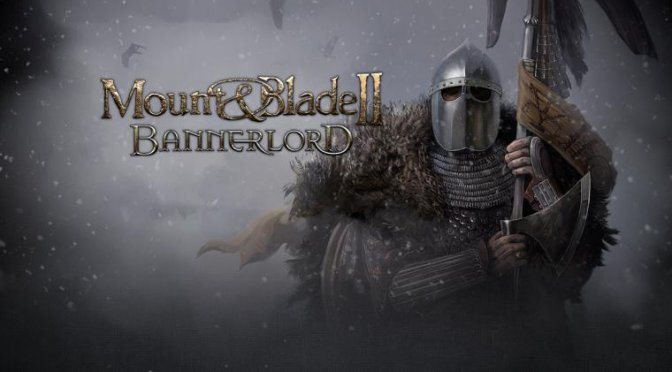 The developers of the upcoming Mount & Blade II: Bannerlord have recently posted an announcement on Steam. The game will be released sooner than expected, on March 30th. Meaning on Monday players will be able to gird on their sword, don their armor, and summon their followers to ride forth to glory.

The developers decided to make the game available for 10% off for two weeks of sale. In addition, players who own any previous Mount & Blade title will be eligible for an additional 10% off in select digital stores.

The game will feature Custom Battle and Campaign game modes. The campaign is a new and somewhat more structured approach to the Mount & Blade experience. It blends a story-line and key events with the traditional sandbox gameplay that players are familiar with. Players can ignore the campaign missions if they wish, and go about their business.

For multiplayer players should expect a continuation of the recent multiplayer beta, which features four different game modes: Skirmish, Captain, Team Deathmatch, and Siege. The developers will continue working on multiplayer by introducing new features, game modes, and other additional content.

You can also watch some siege gameplay below.

Mount & Blade II: Bannerlord will be released in Early Access at 10:00AM UTC, March 30th on Steam.