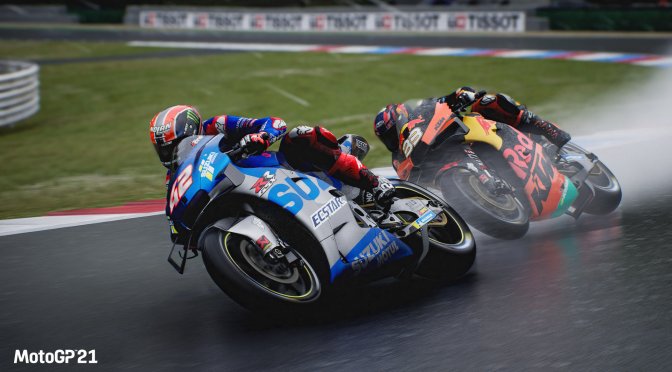 Milestone has announced that MotoGP 21, the next chapter of its two-wheeled racing simulation game, will release on April 22nd. In order to celebrate it, the team released its debut trailer that you can find below.

MotoGP 21 will feature the 2021 official season, will have an all-new progressive and strategic Career Mode, as well as smart and advanced Neural AI. The game will also pack “real-life gameplay improvements” (according to its press release).

The new season of Career Mode will allow players to delve deeply into the team management experience, making some new features available for both on and off the track decisions. Players will be able to build the best team possible and customize their bikes.