For what is worth, Warner Bros will offer both of these at a discount during Mortal Kombat XL’s launch. Therefore, PC gamers – who already own Mortal Kombat X – will be able to get Mortal Kombat XL for $12.49 and the Kombat Pack 2 for $9.99 for a limited time. 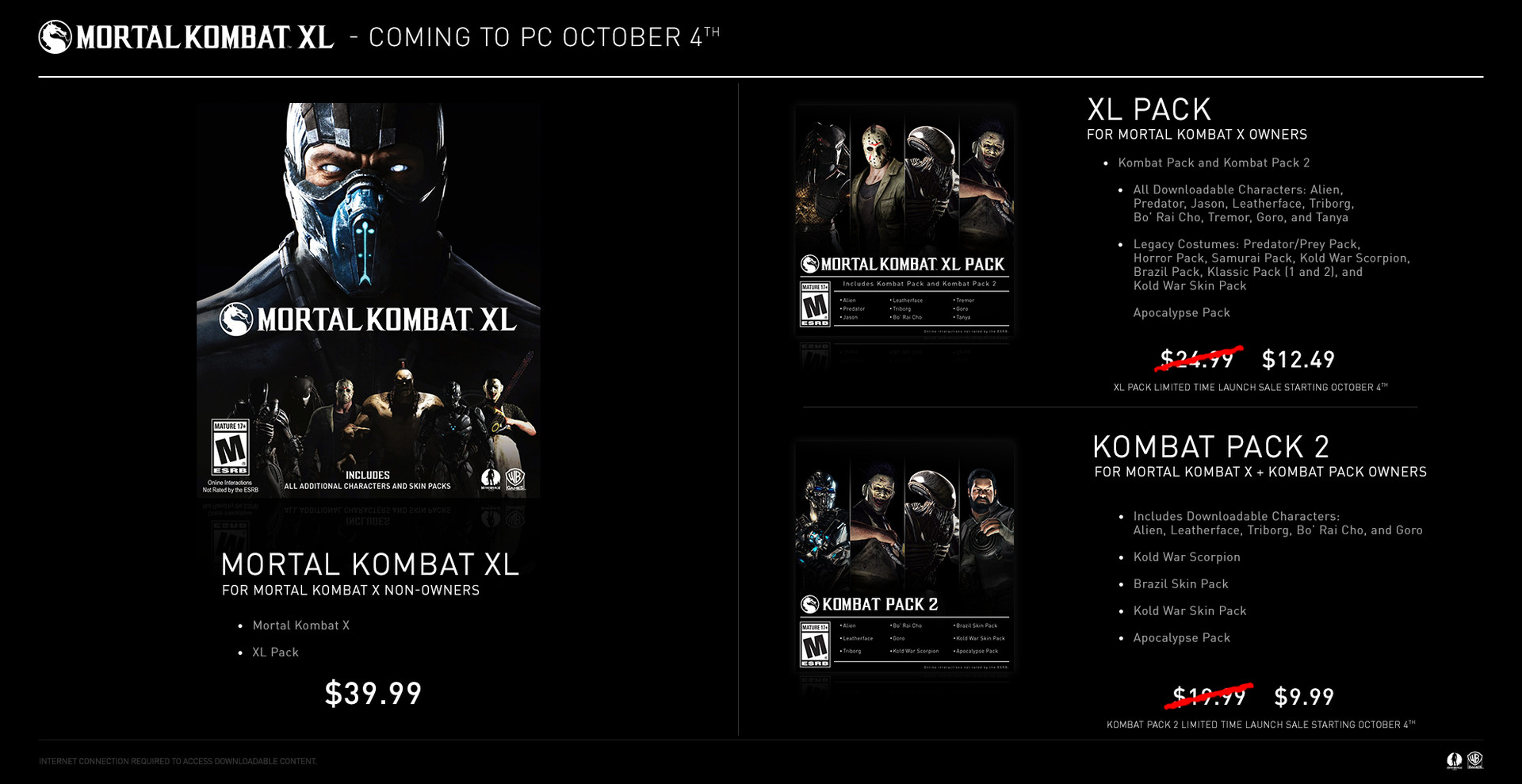