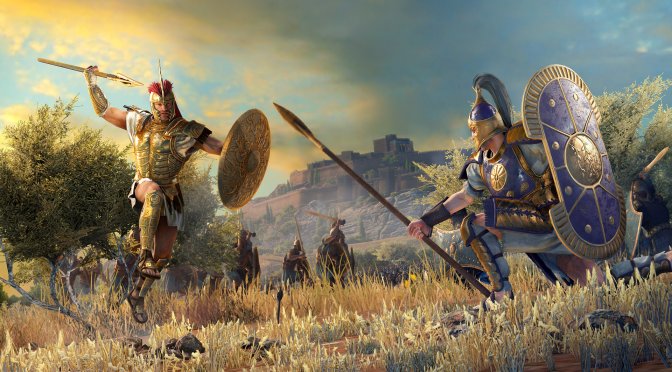 “We were optimistic but we couldn’t have predicted this level of excitement. It’s been incredible to work with Epic on giving this brand new release away for free. Now we get to welcome so many strategy players – new and old – to experience this incredible Saga. We’re very happy.”

A Total War Saga: TROY is the first in CA’s award-winning strategy series to recreate epic conflict in the Bronze Age and the legendary conflict known as the Trojan War. The game promises to combine a gripping turn-based campaign game of empire-building, statecraft and conquest with stunning real-time battles.

In Total War Saga: TROY, your actions can turn the tide of the war. You will be able to build your empire through strategy, statecraft, diplomacy and all-out war. You will also be able to call mythic units to their aid in the heat of battle. These units include fighters that resemble the Minotaur, the Cyclops, Giants and Centaurs.