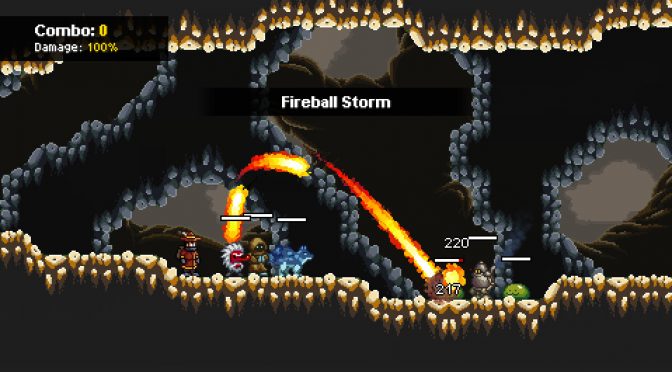 Denis Sinner has been working on an indie game for two and a half years. This game is called Monster Sanctuary and is described as a pixel art monster collecting game that features sideview visuals, metroidvania like exploration and challenging turn based combat.

While there isn’t any ETA on when this game will be released, PC gamers can go ahead and download its free public demo that is available on Steam.

In Monster Sanctuary any monster you encounter can become a part of your own party. Additional monsters provide a lot of tactical options in combat or allow you to overcome certain obstacles to explore new areas. Every monster has a unique skill tree and this lets you individualize your monster to pursue different strategies. Feeding and equipping your monsters to improve their stats further emphasizes this aspect.

Furthermore, the combo system gives additional depth to the combat. Each individual hit increases the damage of the next moves within the same combat turn. Also, the loot system challenges you to find the quickest and most efficient way to end a battle – rewarding you with better loot.