It’s been a couple of weeks since the release of Monster Hunter World: Iceborne. Sadly the game on release was plagued with issues. Since then Capcom has released an update in order to fix the problems. They also recently posted on Twitter a title update roadmap for 2020. 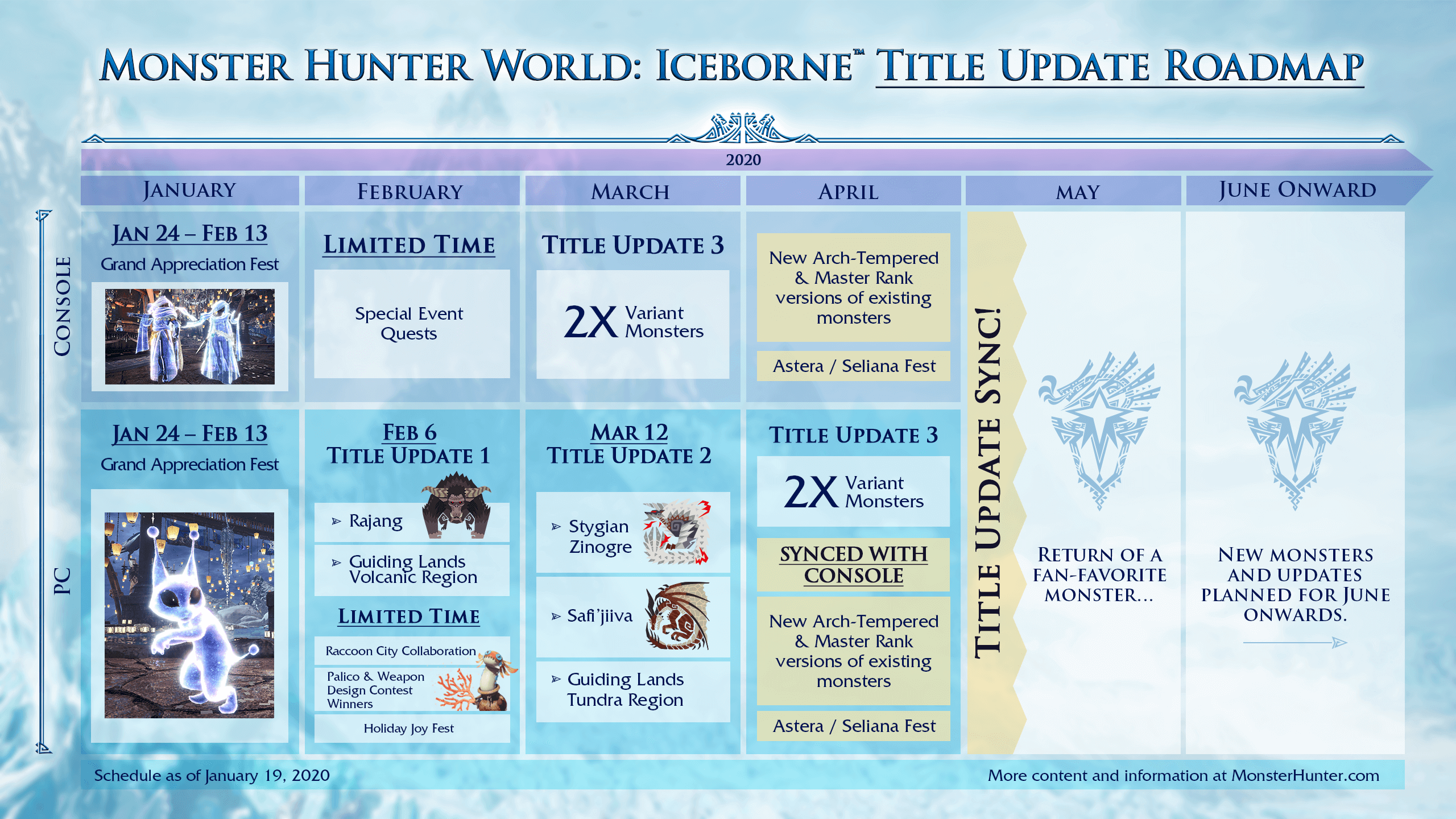 The first update named Title Update 1 will be released on Febuary 6th. The update will introduce a new enemy, the Rajang. An ultra-aggressive creature that few have a chance of surviving against. Sports powerful arms that pack a punch, and turns gold when angry.

Capcom also released a video showcasing a behind the scenes motion capture of the beast. You can watch the video below.