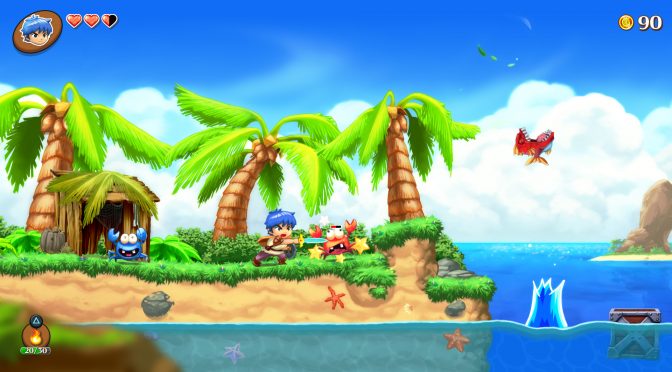 Game Atelier and FDG Entertainment have released the PC demo for Monster Boy and the Cursed Kingdom. As the developers noted, in the demo you’ll be playing the human form of Jin, you will experience the very beginning of the game and learn your first spell.

In this demo, you will be able to explore land and underwater with many hidden coins and even an extra heart. Furthermore, the full version will import the demo savegame so you can continue your adventure when it’s out.

Monster Boy and the Cursed Kingdom is a colorful action-adventure game made alongside Ryuichi Nishizawa, creator of the original Wonder Boy in Monster World series, that will release on Steam later this year.

The game borrows the best from the classic series to deliver a fresh, modern adventure with fun gameplay, memorable music and gorgeous hand drawn animations.

Those interested can download the demo from here, and below you can find the game’s key features: