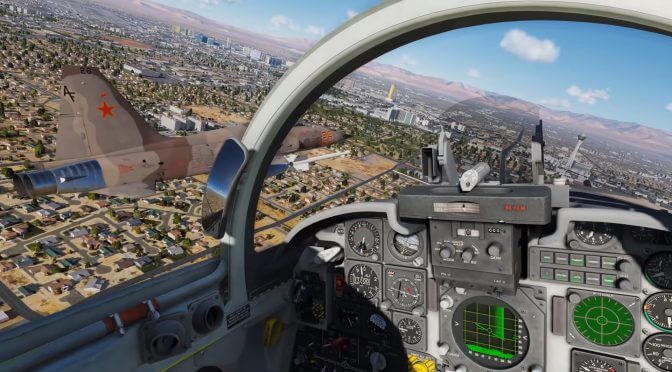 As with Lock On and the Flaming Cliffs series, Modern Air Combat (MAC) is focused on east and west counterpart aircraft, and this includes such legendary match-ups such as the Eagle and Flanker, Warthog and Frogfoot, Sabre and MiG-15bis, and the F-5E and MiG-21bis. MAC is a blend of both east and west, and this allows you to re-fight historical conflicts from the Korean War to today, and to create your own ‘what-if’ missions.

Players will be able to generate an unlimited number of missions using the Fast Mission Creator and Mission Editor. MAC also includes numerous instant action and single missions, as well as campaigns for most of the aircraft and is fully compatible with DCS World online.

Modern Air Combat is currently scheduled for a Fall 2018 release and here are all the aircraft that will be available to it.