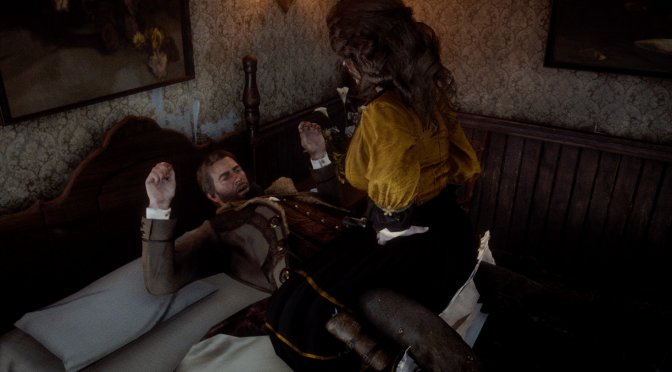 Remember the controversial Hot Coffee from Grand Theft Auto San Andreas? You know, the inaccessible mini-game that portrayed animated sexual intercourse between the main character and his girlfriend? Well, modders Unlosing and Jedijosh920 have released a similar mod for Red Dead Redemption 2.

By installing this mod, players can enter any of the supported locations and have some “fun“. The currently available locations are Valentine Saloon, Saint Denis Saloon and Strawberry Hotel/Welcome Center.

The modders also plan to add more locations in a future release.

In order to install this mod, you’ll also need Alexander Blade’s Script Hook RDR2. Once you have installed it, you’ll simply have to place “HotCoffee.asi” in the root folder of your Red Dead Redemption 2 game directory.

Now even though there is a sexual intercourse, both Arthur and the prostitutes were their clothes. So yeah, this isn’t a “full” Hot Coffee, though I’m pretty sure the modders may add such a feature in a future release.

You can download the Hot Coffee Remake mod for Red Dead Redemption 2 from here.