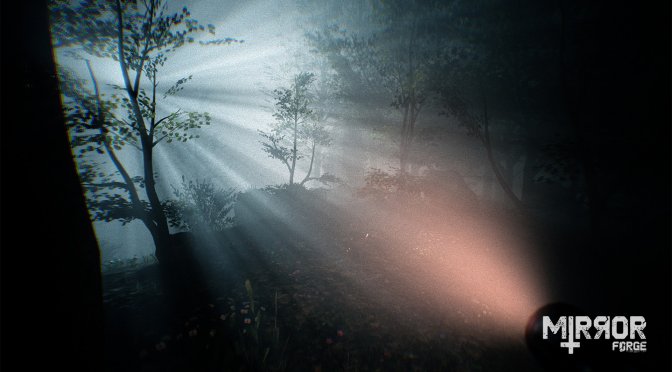 MystiveDev has informed us about a new game that is inspired by Silent Hill and Parallel Dimensions, called Mirror Forge. Mirror Forge is coming to PC on September 30th, and there is a demo that you can download right now.

Mirror Forge is a first-person psychological survival horror game. In this game, players will roam between realities of fear, madness & machinery. Players will solve puzzles, explore an atmospheric world, survive horrifying entities in an immersive storyline where their choices matter. Or at least that’s what the team claims.

MystiveDev has also released a new trailer for this upcoming horror game. This trailer shows new features of the full game, revealing that there will be new core mechanics such as: going through mirrors to traverse between dimensions, using ancient artifacts to reveal “moments frozen in time”, semi-open world environments and chase scenarios.

You can download the demo from here. Keep in mind also that MystiveDev is an indie team so don’t expect the quality of a triple-A game.